Elizabeth Mitchell on Law & Order, Favorite Roles and Her Fans 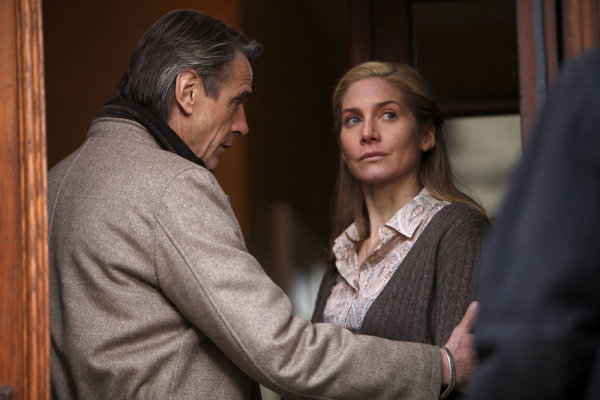 This week Elizabeth Mitchell makes a guest appearance on Law & Oder: SVU. And while she has been on that show once before, she is known mostly for playing Juliet Burke on Lost

which just ended its second season with no word yet on a third. So for her rabid fan base any chance to see Elizabeth on screen in a good one. In a recent conference call interview we got her thoughts on a range of topics from those very loyal fans to her favorite roles. Here’s what she had to say.

1. On SciFi vs. Realistic Drama
"I find sci-fi to be wonderful because it is fanciful and much easier to not go home with the fact that I had to kill an alien that day. But I find that beautiful words, well-written words, which has been the case for both of my times on Law & Order… are why I wanted to be an actor, why I love being an actor, why I studied when I was a kid, what I hoped for.

2. On What Her Loyal Fans Mean to Her
"I’ve been so lucky, and I know that a lot of people say that, but… I’m met with a tremendous amount of support and intelligence and that’s meant a lot to me. And it’s been that way for me for a long time. People always start with the most polite thing of, 'I’m so sorry to bother you' and 'I’m not trying to make a scene' and 'Do you mind if I just…' So I seem to have the most polite, supportive, intelligent group of people you can possibly imagine. I don’t really know how you can get better than that. I’ve never felt nervous or overwhelmed or anything. I’m appreciative. It feels like we’re all in it together."

3. On Her Sense of Responsibility to Her Fans
"I believe in one’s honoring oneself. And I believe that if you behave with honor that that encompasses a lot of people. So it’s not so much as a wanting to please, as it is a wanting to honor. So do I want to honor the people who have been so supportive of me? Absolutely, but at the same time I believe that the people who have liked me have hopefully liked my honesty and the fact that I try not to do anything that feels false to me."

4. On Being Intimidated by the Law & Order: SVU Cast
"I had done it once before and, of course, it always is when you’re going to be working with people that you admire and respect, but I never really see it as an intimidation. It’s more just a challenge and an excitement I guess. So it’s always an honor, that’s for sure."

5. On The Most Difficult Part of Being on SVU
"The challenge is that you want to make sure that you keep your work to the high quality that they’ve already set. And that’s the fun of it really. I’ve been doing this probably 30 years and I always like going into new places. It’s fun."

6. On Becoming a Regular on SVU
"I have been a fan many, many times. I do watch the show. I really like Law & Order. I like the way that it’s set up and I like the quality of the people that they get, which was fun to be part of it at this point. But a regular, I don’t know, they don’t need it. They certainly don’t need me. They have so many wonderful people."

7. On Her Approach to a Guest Role
"I feel like being a guest star on a show for me is like doing a mini-movie. You get to be a little bit more selfish. You get to do a little bit more. It’s exciting in a way. I don’t set the tone on set. I’m a guest and the other people’s shows and their lives, all of that and I treat it accordingly. I’m incredibly respectful about what world I’m in, what house I’m in, whose family I’m in. And it’s fun. But there is a tremendous amount of freedom because I’m not the backbone. I simply get to come in and be the foliage and I seriously like that. It’s fun."

8. On Playing Good Guys vs. Bad Guys
"I really like playing heroes. I have a definite streak of wanting to be really good person and a really good sister and a really good mother… Maybe it’s how I look. I don’t know what it is. I get offered a lot of really complicated women and I actually like complicated. Complicated is interesting to me. So I don’t know if I could say good or bad because it's my feeling that everyone in their life… searches to be the best they can be... I think there is something incredibly unique about going far outside of yourself. It enables you a kind of freedom that you don’t have if I were just playing myself."

9. On Waiting to Hear about a V Renewal
"I think if I were a young, single actress it would be different but, I have a family so I tend to go back and have the myriad of duties associated with that. And I tend to be, like, 'Of course, yes, I should be frustrated' but I’m pretty good about it."

10. On Her Favorite Role
"I loved the part of Linda [in Gia]. It was probably the closest to me I’ve ever played just because she was a young woman who fell in love and she was her own little person, nothing exceptional. I’ve always thought of myself as very much like Linda so  [I] enjoyed the piece that she had. I’ve enjoyed a lot of them. I loved Juliet [on Lost]. I don’t think I’ve ever played anyone like June [Frye on SVU] before, ever. I haven’t been given the opportunity; maybe I haven’t sought it out because I wasn’t ready to do it. But June is completely unique… she’s like a child and to have that emotional resonance that a child has with your anger, with your fear, with your even tentative joy, and to have that as a child it was a very interesting experience and completely different than anything I had ever done before. But most of the women I play are pretty solid within themselves and she most definitely is not."

11. On Doing a Comedy
"I get offered, every once in a while, a lighthearted comedy but for some reason with scheduling it never seems to work out. I’d love it. It would be really fun for me. I am a goofball. As such I don’t know if I’m a gifted comedian. I most definitely am a goofball and I make people laugh but I don’t know if it’s with pity or because I actually have a degree of talent… I think every serious actor will tell you that comedy is so much harder. With drama you access yourself and with comedy you do, too, but it’s just a bit of a higher truth. It’s hard."

12. Advice for Actors
"I’m such a big fan of studying. I’m such a big fan of really learning your craft. I spent 15 years doing theater before I ever got in front of the camera and I’m so grateful for that. It’s helped me in every step of the way, especially going in on auditions where I should be petrified but I’ve been doing it for so long I just do it. So I believe in study. I believe in finding something that works for you and continuing with it. And the people I know who are successful, the people I know who love what they do, seem to do a lot of work. And it doesn’t have to be intellectual always. It’s more immersing yourself in the love of your craft."