Lisa Ling on Oprah, American Idol and Our America 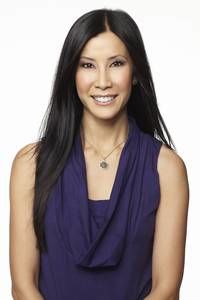 
We really dig Lisa Ling. Of our generation of journalists she seems like the one we’d feel most comfortable sitting down and having a cup of coffee with. And still, she’s one of the best at what she does. We believe it’s because she’s willing to leave that cold, detached reporters veneer at the door and show her vulnerability to the people she interviews. We were lucky enough to have an exclusive interview with Lisa this week. Here’s what she had to say about Oprah, American Idol and her show Our America.

As the first season of Ling’s new show on OWN, she’s already covered some pretty intense topics including transgenders, faith healing, mail order brides and people who believe you can “Pray the Gay Away.” And for those of you like us who, thanks to Lisa, got completely sucked into the lives of each person she profiled, we have good news. On Tuesday night, she’ll be checking in with some of the people from these earlier episodes.

We asked Ling if there was something she’s dying to cover next season. She replied, “Yes, but I can’t tell you what it is right now. It was a topic that I picked for the first season but they wanted to see how things went and now that it went really well they approved it. I wish I could tell you but I’m super excited about next season. A lot of the topics that we’re going to be covering, you’ve heard about but I hope to present them in a light that really provokes people to think about them differently.”

Luckily Ling’s show lives in an environment where these controversial topics are embraced – the Oprah Winfrey Network. She noted why OWN was the ideal home for Our America. “I think it’s the perfect fit, actually, because it really is an exploration into what it is to be an American. And sometimes the answer to that can be very challenging.”

But let’s be clear about one thing. Lisa Ling might be serious, but she isn’t stuffy. In fact she’s a confessed pop culture addict. She revealed, “My father calls me ‘Senior Teenager’ in my choice of music.”

We asked who was on her current playlist. She confessed, “Here’s the thing. I like all kinds of music but he’s the dad who can’t bear to listen to any pop culture anything. But I love Lady Gaga and the Black Eyed Peas. But I also love hard rock. I have a very varied palette. I’m a total American Idol junky. I can’t wait to watch it tonight.”

Her pick for A.I.’s winner this year is James Durbin “because I am at my core a hard rock chick. And he really is so convincing and effortless.”

Back in the world of hard-hitting journalism Ling gave props to some women who have influenced her career. “I have a tremendous amount of respect for Christiane Amanpour. I have a great deal of respect for Barbara Walters. She really paved the way for female journalists all over. And the kinds of things that she had to go through as a woman when she was coming up in this business are really unimaginable for someone of our generation. And so those two women were real pioneers.”

And, of course, there’s her current boss. Ling added, “Oprah, I consider her a journalist in many ways, she started her career as a journalist and just by nature of what she does I still consider her to be a journalist. She’s had a tremendous impact and I just so appreciate how she uses her power and influence for such good.”

That’s a concept that Lisa has certainly embraced. After suffering a tragedy of her own last year, Ling decided she wanted to do something to help other women. So she and her partner Sophia Kim created the website Secret Society of Women. The introduction on their home page says it all, “Welcome to our secret society. Of women. By women. For women. A place where we can divulge our deepest secrets about how we look, what we fear, what we regret, what we aspire to do, or whatever else we’ve been keeping inside of us.”

Ling explained the genesis of the site. “I had a miscarriage almost a year ago now. And I felt very alone when it happened even though I learned later that… a shocking number of women go through it but it’s something that just isn’t talked about. And it provoked me to think about all of the things that women don’t talk about even with their closest friends and family. And so that was the genesis of starting that site to provide a place where women could just share freely and in an anonymous way.”

The response to the site has been overwhelming. Ling remarked, “It’s really blown up. Women have been coming to the site in droves and sharing some deeply personal things and finding community in each other. And I’m really proud of that.”

Another project that Ling holds dear to her heart is a book she wrote with her sister, Laura. A fellow journalist, Laura was detained in North Korea when she and an another correspondent, Euna Lee crossed into the border of the People’s Republic of China without visas. The sisters later co-authored the memoir Somewhere Inside: One Sister’s Captivity in North Korea and the Other’s Fight to Bring Her Home

Lisa discussed the process of writing the book, “Well it was awesome to be able to work with my sister. Especially because she had just been returned from North Korea and I had been without her, my best friend. So to be able to have that time right after being without her for five months was so precious. And the objective was obviously for Laura to be able to tell her story but it just gave us a chance to be with each other.”

As sisters who work together we couldn’t have been more touched. Especially when we learned that Lisa was actually at Laura’s house conducting the phone interview. She admitted, “Every moment that I’m not traveling, when I’m home in L.A., I’m at my sister’s house or she’s at mine.”

Check out Our America with Lisa Ling: A Closer Look when it airs tonight at 10 p.m. EST/9 p.m. Central on OWN.

Our Interview with the Shark Tank Sharks

An Interview with the Stars of Outsourced