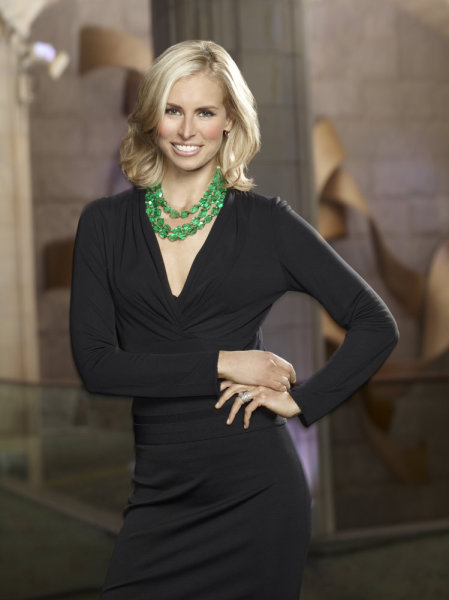 Niki Taylor was an underdog going into this season of Celebrity Apprentice — not because she isn’t smart and business savvy, but because so many of the competitors are so strong willed. In a recent conference call interview, the reality show cast off talked about being project manager, her decision to sacrifice herself and being in it for the right reasons.

Taylor said that when she became project manager on the camping task, she had already decided not to bring any of her teammates back to the boardroom if she lost. “That was my thinking on the whole thing. Yeah, I don’t know if you watched the show the week before with Lisa [Rinna] it was really kind of testy waters. You didn’t want to pull them aside, make sure they knew what the task was, what their job was because they attacked Lisa. And I guess I didn’t want that. And the way they edit everything, too, they kind of missed out a lot of the stuff of me talking with them, too.”

The supermodel said she is still satisfied with her choice to just take the hit for her team. She stated, “I think it was the right decision…. Each girl, they did, they worked their butts off. They did everything that I asked them to. They made their space in each part of their camper that they were assigned to beautifully and they learned everything about an RV and camping that day.”

Still in her heart of hearts she thinks Team A.S.A.P. did the best job at the task. She reflected on the loss, saying, “I think we should have beat the boys. So I didn’t have a guitar. I couldn’t sing a jingle and I didn’t have green turf. I think that’s the only reason why we lost.”

But she believes their strengths far outweighed those of Team Backbone. “We had amazing branding. We gave out folders to everybody who walked in. We gave them waters that had Camping World on it. We just felt we gave everybody hospitality. And so we weren’t throwing a baseball around. And so I think we should have won.”

Yet she was uncertain of her fate going into the boardroom and told Mr. Trump that when asked. She recalled, “I overheard that John Rich had come up with a jingle. And during one of my interviews I saw that they had a whole bunch of green and trees and hedges and beautiful turf all laid down. And I’m like, ‘Oh, my goodness, that’s what I’ve been wanting.’ That’s what I wanted…. The green was just really eye-popping. So I was a little unsure. I didn’t know what they guys were doing. I didn’t go over the guys’ side.”

She might not have lasted long on the show, but Taylor learned something about herself during her short run on “Celebrity Apprentice.” She admitted, “I need to speak up a little more. Maybe take somebody aside if they need to… or if they have a question. Definitely speak up more.”

One other thing she learned was a little bit of sign language from deaf teammate Marlee Maitlin. Taylor laughed, “I learned bossy. I know how to say bossy because we were referring to a few people. And then I know just like basic stuff that I do with my daughter like please, thank you. But Marlee is an amazing lip reader and you can have a conversation with her and she is so funny. Oh, my gosh. She’s got a sense of humor.”

That’s part of the reason Taylor enjoyed working on the show despite obvious tensions with players like Star Jones and Dionne Warwick. She recalled her favorite parts of the experience, “I actually had a really good time working with all the girls. And I got to bring my husband and my daughter with me. We stayed in the Trump Towers. We were right across the street from the Park. So I guess it would be coming home and seeing my husband and baby every night.”

And after all it was for a good cause. But Taylor revealed that while most people had their hearts in the right place a few were still were too blinded by the competition. “We all love everybody’s charity. I think everybody wanted to win money for each other’s charity, as well. So, yeah, I think some people, there’s just other issues there then being there for what we’re really there for.”

See who is the next star fired from Celebrity Apprentice on Sunday nights at 9 p.m. EST/8 p.m. Central on NBC.

Our Interview with the Shark Tank Sharks

An Interview with the Stars of Outsourced