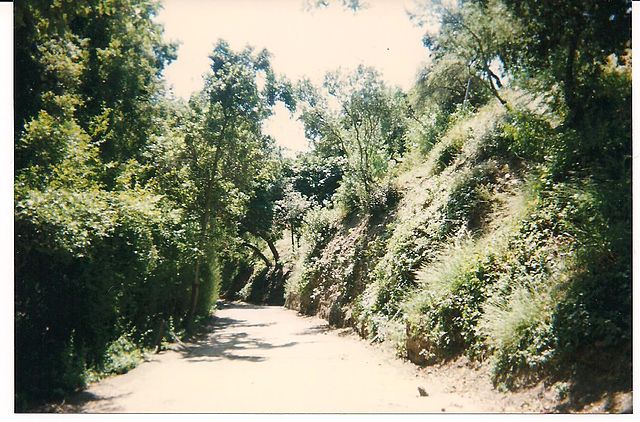 Maybe it’s the fact that there are two houses under construction in our neighborhood that wake us up at 7 a.m. on the nose each morning. Or maybe it’s because the only really big Hollywood mansion we were ever in was located there. But we’ve got a bit of sympathy for the residents behind the Save Benedict Canyon campaign.

We say “a bit” because, frankly, the house we were in was so big that we can’t imagine you could hear someone calling your name from the West Wing to the East. But according to its resident (who will have to remain nameless) and his equally famous neighbors, they’re worried about the racket that some new construction is going to cause.

Here’s the backstory. According to the Save Benedict Canyon site, members have “have joined together to oppose a massive, 85,000-square foot residential compound proposed for Tower Lane that has not complied with the community input and environmental review process.” The group contends that a new home comparable in size to Hearst Castle will disrupt the environment, create noisy disturbances and cause lots of traffic.

The mysterious owner is rumored to be a Saudi Arabian prince. Construction is estimated to take anywhere from one to four years. Neighbors claim insult is added to injury with allegations of misrepresentation and permit skirting by the proprietor.

That’s a bummer for any community. Luckily there’s so much money floating around this one that they just could be able to stop the predicted 6,000 truck trips that just might be driving in and out of their otherwise peaceful piece of Beverly Hills. That can’t be good news for mega-star neighbors like David Beckham, Jay Leno and Bruce Springsteen.

The canyon dwellers aren’t going to let this go down without a fight. So if you want to help, just on a matter of principal, there are a few ways to do so. Visit the Save Benedict Canyon website to send a letter to your elected official, sign the petition or get details on the April 14 Planning Commission Hearing.

Posted by Pop Culture Passionistas at 7:29 AM