Boston Rob Mariano Made This Season of Survivor Truly Memorable 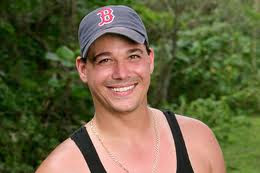 Courtesy of CBS/Survivor
Some people will tell you there’s no such thing as a reality TV star. Those people obviously don’t know Rob Mariano. Whether Boston Rob takes home the title of sole Survivor this season, he’s clearly learned the superstar moniker — elevating him above the dregs of countless unscripted personalities to the ranks of bona fide main characters in television history.
Mariano should be getting it right this time around. After all he’s been cast away three times before. In his first turn on Survivor: Marquesas, he was the seventh contestant voted out. On Survivor: All-Stars he helped his future wife, Amber Birch take home the $1 million prize and came in second in the process. Paranoid players knocked him out in round eight on Survivor: Heroes vs. Villains.
But from the get go on Redemption Island Mariano dominated. And in true Boston Rob fashion, he not only find a way to manipulate the players, but he did it with an effortlessly charm. Where fellow former villain Russell Hantz was voted out in the third episode, the baseball hatted master managed to last to the final episode.
Even Rob seemed in awe of his own superiority on Wednesday night saying, “One man should not have this much power in the game… Luckily I’m not an ordinary man.” Ain’t that the truth.
Still his extraordinariness aside, things were getting tense for Mariano by the end of this week’s episode. He finally had to turn on one his closest allies — Grant. And as he gets closer to the finish line, we have to wonder if he can keep his cool in the clench.
Now a few questions remain. Will he be able to overcome the bond that Natalie and Ashley have forged? Will Matty come back from Redemption Island and kick his butt or will Grant return to exact his revenge? Can Boston Rob finally out play, out wit and out last? The world will find out on Sunday night.
Maybe his two stints on The Amazing Race gave him some insights other returning Survivors haven’t had. Perhaps having two daughters with Amber has softened him just enough to make him sensitive to his tribe mates final voting proclivities. None of it matters, being dastardly or being fatherly, Boston Rob is just good TV.
As much as we hate to see Survivor end, we’re happy to hear that Mariano has been scooped up to co-host a new History Channel series called Around the World in 80 Ways. And it should be a good one Boston Rob and his new partner Dennis Anderson will have to circumnativate the globe in 80 different, unrepeatable modes of transportation. Hey, at least they can eat.
Catch the Survivor: Redemption Island season finale on Sunday, May 15 at 8 p.m. EST/7 p.m. Central on CBS.
Follow us on Facebook, Twitter and YouTube.