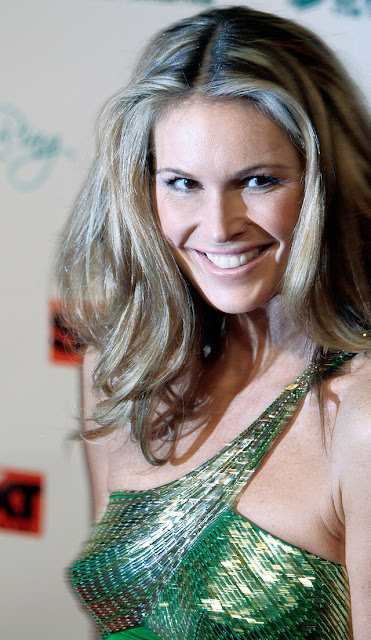 There are lots of reasons that the upcoming NBC series Fashion Star is different than Project Runway and any of its reality TV bastard children. In a recent conference call interview series star Elle Macpherson and executive producer Rick Ringbakk discussed what will set their show apart.

Ringbakk explained that the contestants will not unveil their creations on a typical runway. He revealed, “We’re going to be seeing these designs being presented in big exciting presentations. And these buyers are going to be choosing the items they like from the very first week forward, buying these items.”

When asked to compare Fashion Star with Heidi Klum’s mother of all catwalk obsessed reality TV shows, Macpherson was quick to point out, “It’s not another Project Runway. It’s actually great. It’s something completely new. We haven’t seen a show like this on American TV, which is so immediate where Americans will be able to buy the designs that they see straightway. But it’s not only about design, it’s about brand and marketing and business, and that’s what’s exciting for me.”

Competitors will be asked to do more than just create clothing. These contestants need to have a head for business as well. Elle noted that the show will force the hopefuls to answer some hard questions. “It’s how do you present these brands to America? What does a billboard look like? What does your logo look like? How is your advertising campaign? How do you touch the heart of America with a product that you think is really good?”

These added business elements, give Fashion Star an edge over the glut of design shows on TV. As Elle noted, “It’s more well-rounded. It’s going to be sexy. It’s going to be exciting. There’s going to be many elements from the fashion element, but also business and branding and advertising and marketing and is very visual.”

As a result, the casting process is going to be a bit different than it has been on what might be considered similar shows. Elle remarked, “What makes this show really interesting is that the kind of designers and kind of contestants we’re casting for at the moment, the people that are making very accessible products from lingerie to swimwear to denim products that are very accessible [to] America. We’re not looking for somebody to kind of create a couture dress for the Oscars; although, they may be a contestant as well.”

Ringbakk agreed, adding, “In terms of level of expertise, we’re looking at designers that are from all levels. It could be somebody who has owned their own boutique for years and has been successfully selling their wears on a small level. It could be a soccer mom who’s been working two jobs and secretly designing an amazing swimwear line in her basement that this is the opportunity that she’s going to have for that dream to come true, and to finally see her vision realized.”

Since each episode’s winning pieces will be available in retail stores the day after they air, the fashions will actually be obtainable. Ringbakk noted, “We’re looking for somebody who’s got a fresh take and a unique vision on the clothes that most Americans wear. Leather jackets, denim, t-shirts, swimwear, lingerie, that type of things. But they’ve got to have their own unique take on it. It’s got to be something that we haven’t seen before.”

There’s no better host/mentor for Fashion Star than Macpherson, who admitted, “This is my specialty. There’s no point just having a good product, it’s how you present that to America.”

Of her own entrepreneurial endeavors she recalled, “We’ve been in business for 20 years and we made a difference in the type of design we started creating together, bringing it into markets where lingerie wasn’t particularly prevalent, in the U.K. market particularly. And in the American market when we started doing lingerie it was a very utilitarian-type of just bras and knickers that you need to have, not fashion statements as we’re doing now.”

She explained how they grew the business and the Elle Macpherson brand, saying, “We did it through creative advertising, through creative marketing. We tapped into a market trend before it was really obvious, and so we were able to get great position in department stores.”

And for that reason Elle confessed that she will be able to relate to the contestants that get cast on the series. “This is partly my own journey and it’s just so wonderful to have this project that isolates this part of the business that people don’t really see.”

Check back for more details about the upcoming NBC series Fashion Star.