Reflections of the Ladies Who Make Us Laugh 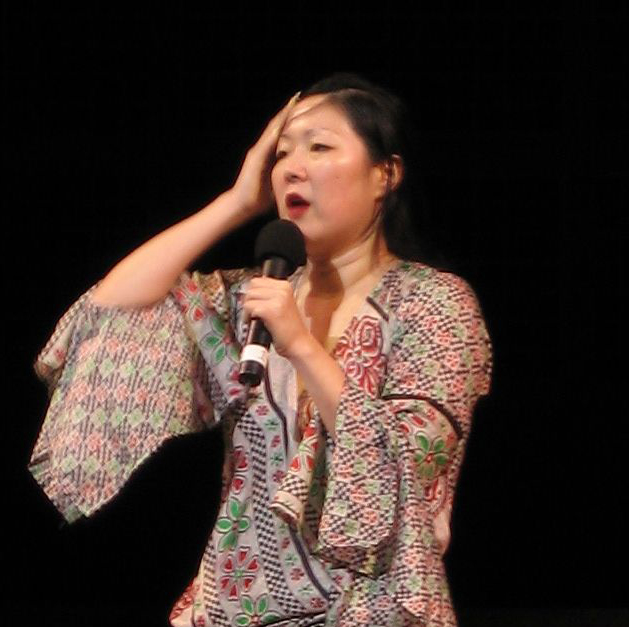 Some of the funniest women in the history of comedy converged at the Academy of Television Arts and Sciences in Burbank adjacent North Hollywood, California, earlier this week. The Ladies Who Make Us Laugh panel of comedians included Lily Tomlin, Margaret Cho, Elayne Boosler, Caroline Rhea, Carol Leifer, Bonnie Hunt and Mary Lynn Rajskub.

During the love fest, Boosler recalled her early days in stand-up comedy. “I left New York, I started in ’72 and then I left in ’76 and the Carol Leifer was in the group behind me with Seinfeld and Larry [David]. And she became the girl in that group. So you played the Elaine [Benes] part in that group with those guys and went on to break into TV and get 50 million Emmys for writing Seinfeld. Everyone here is so accomplished in her own way. And we all followed the next one and followed the next one and branched out and opened it for more and more people.”

Leifer joined the writing staff of Seinfeld and was, as Boosler had mentioned, the inspiration for the Elaine character on the show. She said that she always felt like an equal with the other members of the team. “Even when I was the only woman on staff at Seinfeld at times it was so not a sexist place. And the guys really used women writers the way that they should. They really liked when I went in to pitch, and it was always such a tough room because you’d go in and it would just be Jerry Seinfeld and Larry and you’d be on. And you’d have to get them in two sentences or it was over.”

She reminisced about a time when she went in to pitch the story in which Elaine thinks that the Korean manicurists are talking about her behind her back at the nail salon. She said, “Especially an idea like that, that is going to come probably from a woman, they really welcomed it and loved it. And I’d get calls in my office sometimes like, ‘What’s another name for a high heel?’”

Tomlin, who rose to fame twenty years earlier on Rowan and Martin’s Laugh In had a very different experience. She remembered those early years, “There were no women writers on Laugh In. No women writers literally on Laugh In. I brought material to the show but I was never listed as a writer. I would bring characters to the show but there has to be sexism. There just has to be. It was just a done deal. And you almost had to jockey around it as a human female.”

Some of the comedians had additional struggles beyond just overcoming the fact that they were women. Cho confessed, “For me comedy has always been difficult just because I could never find a way in because I’m not white. I’m not black. So I could never have any point of entry.”

But as Boosler pointed out, Cho’s entry onto the scene has had an effect on many people. “Look what Margaret has done. You’ve spoken up for a whole segment of the population that’s completely ignored. And made people not jump off the Tishman building because of who they are. There’s someone wonderful doing good things and doing well, with a beautiful life that they can relate to and pattern themselves after and know that there’s success and happiness in their future. That’s fantastic.”

Cho acknowledged her good fortune, adding, “I feel really lucky because I feel like I was raised by comedy. I was raised in this industry and I’m so grateful for where it’s brought me in my life. But I would have been happy just doing open mics.”

She also recounted the first time she saw the Ladies Who Make Us Laugh moderator Rajskub take the stage. She described the scene, saying, “I remember seeing you for the first time. I was sitting there and I was with David Cross. And he and I were seeing you for the very first time. And you were on stage and I think you were talking with Jeremy Kramer. And you were doing something and it was so bizarre. And I was just like, ‘What the…?’ It was so innovative and exciting. And then David Cross was like, ‘I’m gonna marry her.’ And I’d never seen him soften like that… It was beautiful for me to see. But he fell in love with you at that moment. It was really sweet.”

Rajskub spoke to the soul baring nature of comedy that can draw people in to this type of instant connection. “There’s something about standing on stage alone. There’s something very raw and very accessible to getting the feedback immediately on what you’re saying.”

But to Hunt this issue of singularity took a toll on her that it took her some time to come to terms with. She recalled her path as a TV series creator and star saying,  “When I wrote my first television series and sold it and then when I got to the second and third one I kept thinking, ‘Jeez, how did all these women do it?’”

Then she had a revelation. She remarked, “If you look at the history of television, I was doing it by myself writing the shows and going in and pitching them and selling them by myself. And Mary Tyler Moore, Carol Burnett, Lucille Ball, Roseanne Barr, Fran Drescher, Diane English, Linda Bloodworth-Thomason, they all had their husbands producing their shows.”

She joked that there might have been a solution to this problem, “Well I should have married a producer, that’s the bottom line.” But with serious retrospection she noted, “When I started researching it I realized every single woman had her husband running the show. Because I was wondering, ‘Why is it so hard? How come I can’t get them to listen to me?’ And I never thought of it being the fact that I was a woman. I never thought there was a block. I never thought that was an issue. It just didn’t even come to my mind. I just thought, you’re a storyteller and you go in and if you’ve got a story that they think is funny and they can relate to they’ll buy it. I really believed that whole Mickey Rooney-Judy Garland thing, you got a show let’s go do it… But it is true. It still is a little tougher for women not that I think about it when I’m going to work.”

None of these women have let it slow them down they are all actively working and will no doubt be entertaining audiences for decades to come.

Rock of Ages Doesn’t Sound Like a Solid Idea