Truth in Advertising: If Movie Posters Got Real 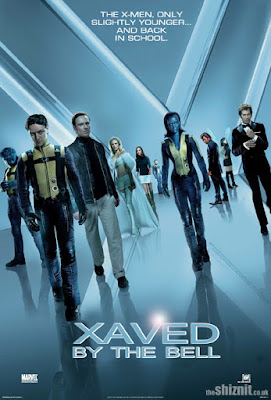 The time for summer movies is upon us and the studios are preparing the onslaught of marketing geared to get us into the theaters. The trailers and billboards are everywhere hawking the goods of this season's offerings.

There are superhero tales like Team America and Green Lantern. Hollywood powerhouses have joined forces — like Steven Spielberg and J.J. Abrams on Super 8 and Jon Favreau, Harrison Ford and Daniel Craig in Cowboys and Aliens. There's a healthy dose of heavy hitter star power doing serious drama including Tree of Life starring Brad Pitt and Sean Penn. And as we've seen many times in the dog days of years past, there's a bevy of sequels to past blockbusters including Cars 2, Pirates of the Caribbean 4, X-Men: First Class and the long awaited Harry Potter and the Deathly Hollows.

And while the posters for these films are meant to entice us to buy tickets, what would happen if the one-sheets took a more honest look at the movies? Ali Gray at TheShiznit.co.uk decided to take a stab at truth in advertising Hollywood-style. He created 15 movie posters for the summer offerings that tell it like it is.

For example, the Brad Pitt/Sean Penn Tree of Life artwork simply has the word Oscar in place of every name and word on the poster (clearly he made it before the recent Boo-fest at Cannes.) The Beaver starring Mel Gibson has a new tagline which reads "Seeks redemption via puppet comedy." Cowboys and Aliens, starring "James Bond, Harrison Ford and the Chick from Tron" has been renamed Geek Nirvana with a warning, "If this doesn't appease the nerds, nothing will."

Ali said he saw a similar concept for the 2009 Oscar nominees on CollegeHumor.com and thought he'd try it himself. He noted, "I did some for the Oscars this year and it was the most popular thing we've ever had on the site. Seemed natural to do another one."

The clever copy is all penned by Ali and some of his co-writers on TheShiznit. He has not heard from any of the studios — good or bad — but he did note, "The last one we did, the director of Toy Story 3 tweeted out the 'You're Going To Cry' pic — a proud moment indeed." And he added, "We did have George from Seinfeld tweet the new ones."

Some of our favorites are The Hangover 2 ("Monkeys are funnier than tigers") and Super 8 ("E.T. with Lens Flare"). But Ali says he doesn't have a personal favorite. He did report that the Harry Potter poster seems to be the most popular. We're a PG site, so we can't print the copy here, but be sure to visit TheShiznit.co.uk to see it for yourself along with all the other examples of what the theater lobby would look like of Hollywood took an honest pill.

For related stories check out:
Tom Hanks is a Lot of Animals
Chicks with Steve Buscemeyes