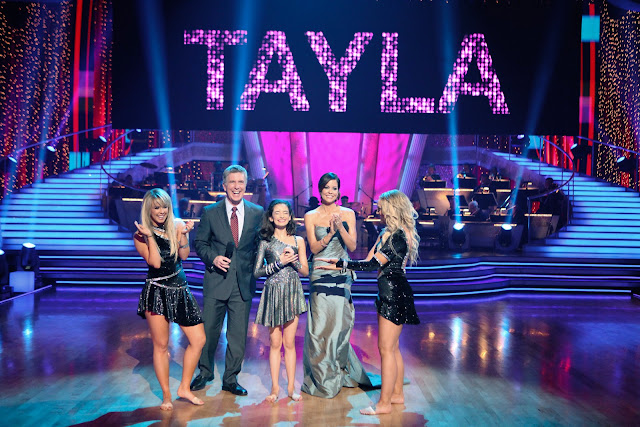 A little girl fulfills her dream to dance, stars stick it out for their charities and a pop star turns editor-in-chief. Here are this week’s most inspirational pop culture moments.

Tuesday night's "Dancing with the Stars" featured a story about how dance has affected one young girl's life. Thirteen-year-old Tayla Kelley was diagnosed at an early age with primary immune deficiency disease. But her illness has not stopped her from pursuing her passion on the dance floor.

Her mother noted, "Taylor's dream has always been to de dancer. [It's] always been her passion." But from the age of two weeks old, Tayla began having health issues. She is missing half of her immune system and is very susceptible to many life threatening viruses and bacteria. Her mother explained, "Tayla has a 60% chance to make it to [age] 18." But she decided when she was very young that she didn't want to be the sick girl and she was going to fight her illness. Tayla remarks, "I love dancing because it gets my mind off of everything else going on in my life like doctors appointments and surgeries and treatments."

"DWTS" invited her on the show to fulfill a dream to be on TV. Chelsie Hightower and Lacey Schwimmer choreogrpahed and danced a routine with Tayla live on the results show this week. She held her own with the two pros and was beaming with pride as her tearful mother watched from the front row. After the performance Tom Bergeron asked how she stays calm in front of millions of people and she replied, "I just pretend that no one's watching." Well, we were Tayla.


For related stories check out:
‘Vampire Diaries’ Star Ian Somerhalder Sinks His Teeth into Some Juicy Causes
'The Middle' Star Won't Toot Her Own Horn