What’s the Fun of Being a Kid? 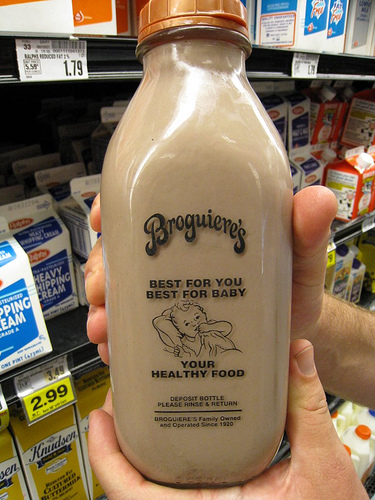 We definitely didn’t listen when people told us to enjoy being kids because it would be the best time of our lives. We took things a little too seriously back then. But now it seems some of the joys of childhood are being stripped away from tots prematurely. And we can’t help but ask — what’s the fun of being a kid anymore?

While we support Jamie Oliver’s Food Revolution wholeheartedly (and haven’t had a burger since he educated the world about pink slime), we can’t imagine childhood without chocolate milk. This was our diet growing up:

Breakfast: A Bowl of Cocoa Puffs
Morning Recess Snack: Kit-Kat Bar
Lunch: A Bologna or Just Plain Mustard Sandwich on a Roll with Fritos and a Yodel (or some other chocolaty and delicious Drake’s cake)
Afterschool Snack: Another bowl of Cocoa Puffs
Dinner: Red Meat with Boxed Mashed Potatoes and Frozen Vegetables in Butter and Brown Sugar
Dessert: A Bag of M&M’s

Sure, we were constantly crashing from our sugar highs but that’s unimportant right now. We probably would have benefited emotionally from the no chocolate milk in schools rule but being a kid wouldn’t have tasted as good.

Chocolate milk isn’t the only kid’s food icon under attack. Children’s advocates are also after McDonald’s to drop the iconic clown Ronald because they say he’s pimping out unhealthy meals to kids. As a rule, we’re not ones to back floppy-shoed, red-nosed entertainers but it seems like parents should have a little more influence over their toddlers than a TV jester.

Food isn’t the only luxury of childhood that is threatened in this modern world. The only other real joy we got during childhood was the occasional snow day. Growing up on the East Coast there was no greater moment than waking up to a white powder-covered backyard and turning on the television to hear "No school. All Schools Braintree." Being home in pajamas during the day and not having to fake we were sick was every kids TV and cocoa filled dream.

But yet another kiddie fantasy is being crushed in this information age. Now schools are threatening to make kids do their schoolwork online on those frosty days. Turning their personal sanctuaries into home prisons might mean no make-up time each summer, but it also means no bonus fun days during the school year.

We’re not saying being adults and having real life responsibilities like mortgages and car payments is any great shakes. But can’t we let kids be kids a little bit of the time. If you agree, raise your box of chocolate milk in a toast to youth.
Posted by Pop Culture Passionistas at 2:00 AM