Khan Academy for the Kid Who Loves to Play School 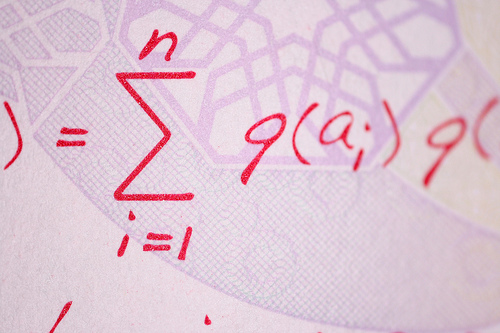 Serious Passionistas confession time here — we were odd kids. We would come home from school when we were little and play… school. That’s right. We wouldn’t run around in the park or go over to a friend’s house and mess around with Barbie dolls. Nope, we’d line up a few chairs — one of us would be the teacher and the other would take on the role of attentive student. There, the cat’s out of the bag.

So the nerdy little kids inside of us were thrilled to learn about a new website called Khan Academy. As the brainiac’s dream destination states, their mission is one of “changing education for the better by providing a free world-class education to anyone anywhere.”

It’s all pretty cool. Students, teachers, tutors and everyday folk can tour the site at their own pace. There they can watch videos on biology, chemistry and physics. Then they can dive into a slew of practical exercises in subjects from chemistry to calculus. Their stats are automatically calculated and tracked via the “knowledge map.” How cool is that?

The site offers a little bit of something for everyone who’s into this kind of thing — from Basic Addition all the way to the Polynominal Approximation of Functions and the Big Bang Introduction to Stellar Parallax Clarification. He also covers Humanities topics like currency and core finance. Plus kids looking to prep for standardized tests will discover sections on SAT math and trial runs for the Indian Institute of Technology Join Entrance Exams. And members of the social networking generation can even post badges that give them bragging rights to their accomplishments.

The site is the brainchild of former hedge fund manager Salman Khan. He started to gain some serious recognition when Bill Gates mentioned how amazing he thought the Academy was — praise that Khan had to hear online via YouTube. Certainly more and more people are going to know his name as the cerebral site continues to expand.
Posted by Pop Culture Passionistas at 2:00 PM