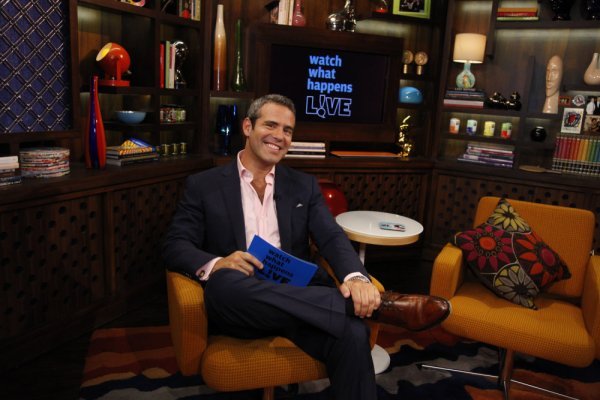 A pageant opens up to new platforms, a documentary sheds light on the dangers of coal and a hearing impaired celebrity gives the gift of sound. Here are this week’s most inspirational pop culture moments.

This Sunday night the Miss USA Pageant airs live from the Planet Hollywood Resort & Casino in Las Vegas, Nevada. While some might feel like the pageants are dated and don’t represent women in the best light, many see the competition as a platform for young, empowered women to champion their causes. In a recent conference call interview pageant host and Watch What Happens: Live star Andy Cohen talked about how pass winners have used their tiara’s for good not evil.

Cohen reflected on the reigning queen, saying, “I think it’s a great opportunity. With [2010 winner] Rima [Fakih] that was certainly a different Miss USA. She’s the first Arab American and first Muslim to be crowned Miss USA, which was really exciting.”

And he noted that he believes there’s a chance to do great good for this year’s winner. He remarked, “As the pageant gets more modern I think it’s an opportunity for the women to have platforms to say things that maybe aren’t as traditional as they have been in the past.”

Cohen travels to Vegas today to go into a boot camp-like rehearsal schedule and get introduced to the contestants. He’s explained that he’s excited to get to connect with the new group of hopefuls, “I’m looking forward to meeting the women and hearing what they have to say and what they stand for and what they are about and what they would use their year as Miss USA to represent and stand for.”

He hopes that the as yet to be named panel of decision makers feels the same way he does about ushering the pageant into a new phase. He commented, “Hopefully the judges will agree with me and they will kind of embrace something modern and new.