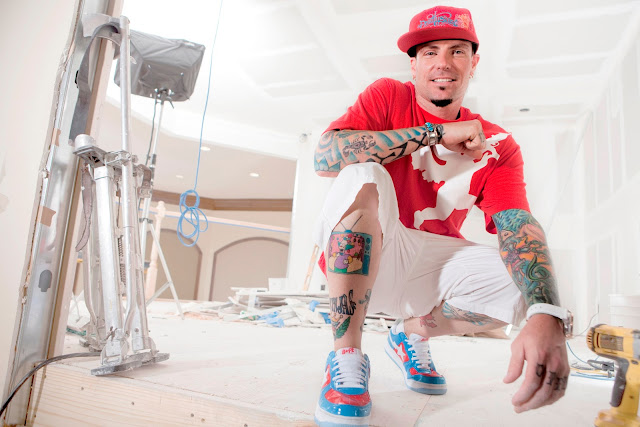 Do you want your house "iced" by '90s pop star Vanilla Ice? Well today just might be your lucky day. The rapper-turned-home renovator is giving away a rock star room remodel in what DIY is calling the "Ice My House" contest. As Ice himself proclaimed, “If there is a problem, yo, I’ll solve it.

Interested viewers have until June 27 to upload video and photos of their homes at DIYNetwork.com and explain to Vanilla Ice why he should honor them with a makeover. The winner will get a $30,000 room renovation by Ice and his crew from his DIY series The Vanilla Ice Project. They will also be featured in an hour-long special called VIP: Ice My House, set to kick off the new season of his show in early 2012.

In a recent press release Ice commented, “I’m looking forward to visiting a viewer in their hometown and giving them an off-the-hook renovation. I’ll take their space from zero-to-hero and have a little fun in the process.”

The Vanilla Ice Project features the "Ice Ice Baby" singer, a.k.a. Robert van Winkle, performing his second great love — buying and flipping houses. The first season featured his remodel of a 7,000 square foot Palm Beach mansion. In 2012 he'll be back for more with his team Wes, Handsome Dan, Rodney and Joey.

To enter the “Ice My House” contest and for more information visit the DIY website.

For related stories check out:
The Vanilla Ice Project
An Interview with Sweat Equity's Amy Matthews