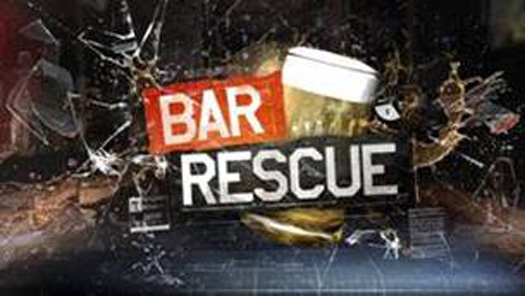 It seems like just about every place and every thing has been made over on TV — from houses to people to restaurants to hair salons. But there is still one untapped business, until now. Restaurant and bar consultant Jon Taffer is on a quest to improve bars across the country on the new Spike series Bar Rescue. Jon is the Gordon Ramsay/Tabatha Coffey of the libations industry.

“Taffer Dynamics," his hard edge style of management, rivals that of his chef/stylist counterparts and promises to turn bars in profitable establishments. Despite the tough as nails training approach, in a video on the show's website the star says, "The bar business is about making people smile every day, and that's what I'm into."

Jon said he got involved in the industry when he started bartending in college. He reflected, "I got extremely frustrated when I found out that I was better at creating parties than bar operators were." Now he travels the nation looking for establishments in need of a complete overhaul from management style to music selection to menus to the height of the bar stools.

The premiere episode takes place in a pretty sketchy Corona, California, biker bar called Angel's, which happens to be connected to an adjoining strip club, making it pretty unappealing to just about any passerby. Jon and his team, including his wife Nicole, transform the place into a high class whiskey bar. Future episodes will take place in Burbank, California; Chicago, Illinois; Boston, Massachusetts; and Philadelphia, Pennsylvania. Jon will helping watering holes raise the bar and have one last chance at success.