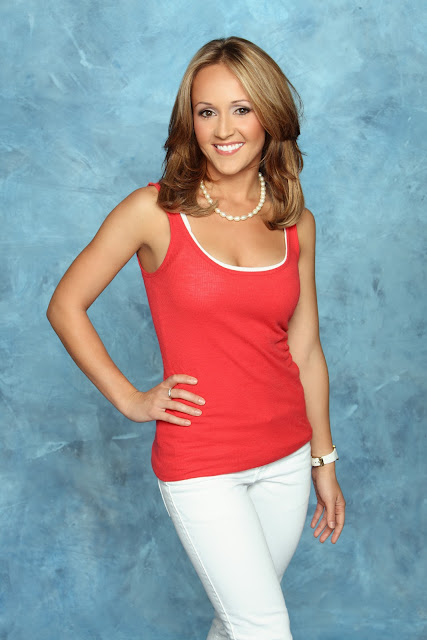 As sisters we sat riveted to our TV sets during The Bachelorette finale as Ashley Hebert's sister Chrystie Cobb nearly derailed the show's fairy tale romance. This season's hopeful bride-to-be introduced her two final suitors to her family. While Chrystie clicked with Ben, she wasn't so sure about J.P. Rosenbaum. Not only did she make it clear to her sister but she confronted her suitor, who it turns out was Ashley's top choice. In a recent conference call interview Ashley and J.P. talked about the impact of Chrystie's criticism.


Ashley addressed the fact that Chrystie felt that her sister was too much for J.P. and that they didn't seem like a good fit. She remarked, "What people think about relationships and who [is right] for them, they immediately think of the person that is similar to them. And for me I think I need somebody to balance me. I'm definitely high-energy, I'm silly and goofy and I just need somebody to balance that out… J.P. is definitely more reserved. He is sincere. He's quiet. But I bring the fun out of him."


Rosenbaum agreed, "Absolutely. I think we complement each other just so well and that is what makes it work." Ashley added, "So even though we are different, we have this relationship where we have an equal mixture of fun and seriousness and romance… We just have everything that you probably want in a relationship and we each bring a little bit of that to it."


Unfortunately when Chrystie saw J.P. and Ashley together in Fiji, she didn't pick up on that vibe. Hebert was disappointed in her sister's reaction. She recalled, "I wanted my family to really love him as much as I did. But I think, for me, it was at that point in time I had been away from my family and friends for so long, and I just wanted somebody to be there for me… and I felt so alone. I felt alone through a lot of this and I wanted her there to make me feel cool again. And instead it almost was like she pushed me farther away by saying that."


But Ashley admitted that in the long run that distance might have been just what she needed. She confessed, "It allowed me to really be alone and make that final decision based on what I was feeling. So maybe it was the best thing."


For a good bit of the season finale it certainly didn't seem like a good turn of events for J.P. He left the family visit hurt and angry. But he insisted that it had no impact on his plans to pop the question. "Nothing that happened between me and her sister had any influence on my decision to propose. I always knew that I was going to propose. I guess pretty much two to three weeks prior, I knew it was going to happen. So I was just afraid that her sister's comments and opinions would influence the way she felt about me, but I was hoping that she would trust her gut, trust her heart, and not really listen to her sister and it turned out all right."


While Ashley seemed to be thrown into a bit of turmoil on the episode, she revealed that her sister's opinion didn't really matter when all was said and done. She commented, "To be honest, I knew that I would follow my own gut and I would not let anyone else influence me. And that is what I loved about this whole journey is I have got to trust myself. Now the truth is I knew my sister was being tough. And I knew that she was so stubborn that she would never take it back even if she had to change her heart. And I knew that she would grow to love him. And once she saw us together, I had no doubt that she would see what I feel, and things would be all right and things would be great, and actually they are."


But first Ashley and her sister had to mend their fences. She recounted, "We actually never resolved it in Fiji. She left and it was still unresolved. Then I think it was when we got home that we talked about it a little bit. But it went unresolved for a while until she started watching the show air. And then she called me up and said, 'I am so sorry, I completely see it now, I was too quick to judge.' So it took a little while that she came around."


Hebert added, "They are close now and they actually joke about it. So all is well." J.P. confirmed that the hatchet has been buried. He explained, "The first time we got to speak after we got back from Fiji, Chrystie was so sweet, so supportive. It was a different person I was talking to and now it is ancient history. We are close."


The Bachelorette is over for the season, but tune in to Bachelor Pad every Monday night at 8 p.m. EST/7 p.m. Central on ABC.