The Beatles’ Haircuts Never Go out of Style 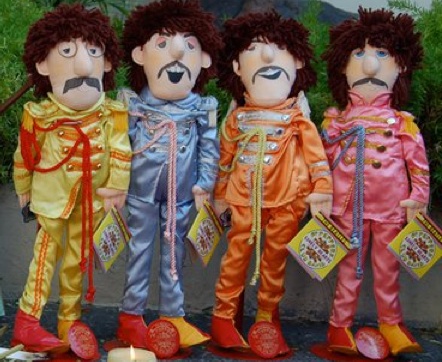 On first blush it seems like a barber in Argentina has come up with an odd and simple idea. He will only cut his clientele’s hair in the style of a Beatles’ coif. When we heard that our first thought was that you could only get the classic mop top ‘do. But upon digging we discovered that Gerardo Weiss’ offerings were far more diverse.

True you can choose to get a classic bowl shaped shag. But in their short time together the Fab Four transformed from a group of floppy lads from Liverpool to shaggier Abby Roaders to the fully frumped out hippies of “Let It Be” territory. Heck, Weiss will even give you a cut based on your favorite Beatles’ solo look.

According to an interview with Reuters the music fan and shop owner got the idea from a dream in which the greatest rock band of all time came in to get trimmed. He quickly swapped out the standard salon headshots for only images of The Beatles, hoping patrons might ask for similar styles. The concept slowly caught on in the El Vecindario de Flores neighborhood of Buenos Aires and now people are flying in from around the world to get a cut.

If you aren’t sure which trimming you’d like best, check out this awesome chart categorized by Beatle, by year. Or ask the owner. Weiss has his own favorite style — Paul McCartney circa 1974 during the Band on the Run tour.
Posted by Pop Culture Passionistas at 2:00 AM