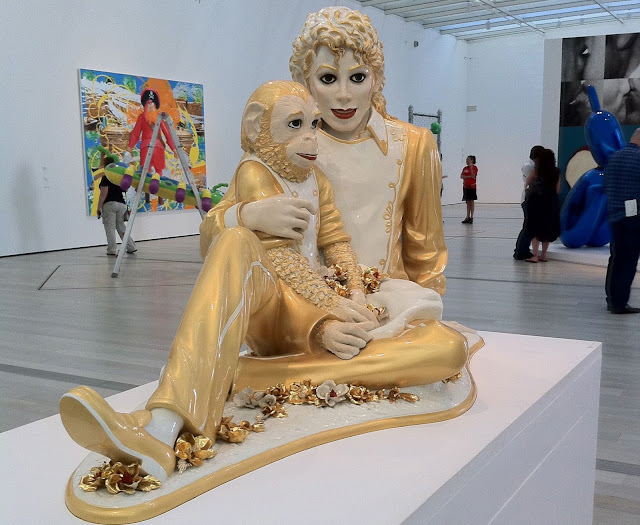 Rise of the Planet of the Apes comes out this week and we're excited to see it. Those of you who have been following the Pop Culture Passionistas know by now about our very strong allegiance to the ape and monkey worlds. First to get our definitions straight for all the smarty pants out there, we know man is a primate. But for our purposes here, we are focusing on the furry, non-verbal kind — monkeys and apes.

It's true we never met (or watched on TV or in a theater) a monkey we didn't like. But there are a few pop culture primates that hold a special place in our hearts. Here is our list of the top ten.

10. Marcel on Friends
Imagine how happy two monkey loving girls where when Ross on Friends

got a pet monkey. The Capuchin became the paleontologist's companion for part of one season, until the cast reportedly got tired of her antics. But Katie the Capuchin (and her look alike stand-in, the aptly named, Monkey) went on to do numerous commericials and films including Outbreak, Ace Ventura II and George of the Jungle among others. We also remember hearing she played the famed "monkey with a cold" in the Sprint commercial, although we don't see that listed on her resume.

9. The Wizard of Oz Flying Monkeys
The first time we were ever frightened by monkeys was while watching The Wizard of Oz. In fact for many years, every time Nikko and the other flying monkeys were dispatched by the Wicked Witch, we would bury our heads in our pillows. We never really got a good look at the creatures until we were almost adults and could watch that part without any resulting nightmares. Fortunately it did not scar us for life.

8. Bubbles
We liked Michael Jackson just as much as the next girl (although we prefer Off the Wall to Thriller). But the thing we most envied about Jackson, more than his intense musical talent or his ability to moonwalk, was the fact that he had a pet chimp. Jacko took Bubbles with him everywhere he went — movie premieres, concerts and recording sessions. A primate lover's dream.


7. Cheeta
Cheeta's heyday was a bit before our time, playing Tarzan's sidekick in the movies and then the TV series. There were, in fact, numerous chimps that played the part, with Jiggs being the original. The most famous of them all, however, is Cheeta who was reportedly born in 1932 and played the chimp in many of the Johnny Weismuller and Lex Barker Tarzan films. But what is more remarkable about Cheeta is that after his retirment from films he penned an autobiogrpahy called Me Cheeta, recorded a song and to this day still creates paintings for charity. He's the hardest working (and oldest living) chimp in show business.

6. Magilla Gorilla
Probably one of our earliest brushes with primate envy was the Hanna-Barbera cartoon Magilla Gorilla. We wanted to be Ogee, the little girl who was constantly trying to convince her parents to let her buy the gorilla in the window of Mr. Peeble's pet store. Oh-gee!

5. Chim-Chim
In most likely the same after school cartoon block as Magilla, was another animated primate — only this one was much cooler. Chim-Chim was the chimp that helped Speed Racer's little brother Spritle get the gang into, and then out of, trouble. Chim-Chim and Spritle wore matching racer jumpsuits, often gave into bribes of candy and were masters at the art of slingshots.

4. Curious George
You may be surprised to know that with all the TV we watched as kids, we also read a lot of books. What probably won't shock you is that our favorite was Curious George. We could get lost in the adventures of the Man with the Yellow Hat and his inquisitive sidekick over and over.

3. King Kong
We grew up loving the original King Kong. We would watch it over and over again, riveted by the angry ape and the blonde Fay Wray. Then we got older and realized that the "Kong" that had captured our imaginations and our hearts as little girls was really a puppet — and a pretty stiffly animated one at that. Sadly the 1976 Jessica Lange version did not improve on the powerful ape too much. But in 2005 Peter Jackson gave us the "Kong" we had been seeing in our imaginations all these years. Although the new movie pales in comparison to the original, when the new ape's face filled the big screen, and he looked lovingly down at Naomi Watts, our hearts were shattered.

2. Debbie the "Bloop" from Lost in Space
We used to put blankets and tablecloths over the dining room table and crawl in underneath. Then we’d blast off in the Jupiter II towards the Alpha Centauri star system. We took turns playing the parts — Dr. Smith, Maureen, Penny. Our sisters would fight over who got to be Judy. Our brother always played the dashing Don West. But one of us always played Bloop the monkey with the enormous ears. Guess who?


1. Tie: Cornelius and Dr. Zaius
The original Planet of the Apes is on our top list of all time favorite movies. The moment where Charlton Heston rounds the corner and sees the shattered Statue of Liberty is not only one of the most memorable moments in film history, but one which captured our imaginations and set us on a path into the entertainment industry. Still long before the film ended we were in awe of the talking apes, falling in love with the hero chimpanzee Cornelius and even having a soft spot for evil orangutan Dr. Zauis.