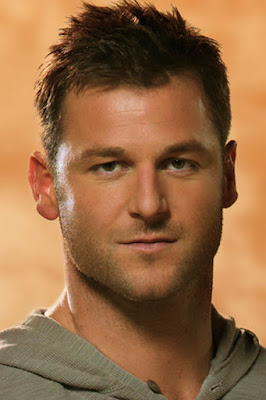 Being the host of show like Mark Burnett’s latest adventure series Expedition Impossible is chalk full of incredible moments. At least that’s how host Dave Salmoni reflected on his time in the African bush on the hit show, which has its season finale tonight on ABC.

Salmoni recounted some of the more magical times on the show, “There’d be a moment when you’d get home from work and there’d still be a little bit of sunlight and I could go for run. Or wake up in the morning and you’d have to get up before the sun comes up and grabbing a cup of coffee and watching it come over the mountain. So there’s lots of those types of moments when you’re sleeping outdoors and living on the road. There’s lots.”

But making an adventure series in the middle of nowhere isn’t without its complexities. As Dave recalled, “The most challenging part for me would be trying to get cameras in areas where the drama is because unfortunately with these types of shows it’s very rare for the drama to unfold out in the open or out in the middle of a field somewhere. Usually it’s at the top of the mountain or the bottom of the ravine or going up the face of the mountain or repelling halfway down. It’s when things are most stressful and most difficult, when the real drama… and the real sense of what it must be like to be on that expedition so the unfortunate director and the poor cameramen had to really get themselves in a lot of places that were pretty difficult to get to. And not only did they have to get there, they had to bring all their gear. “

But there were also the points of sheer joy, like dealing with the series’ executive producer Mark Burnett. Dave acknowledged, “When he got out in the bush, that’s when I really got to know Mark. Mark’s background is very outdoorsy and very adventurous so Mark is all business when he has to be but when he’s outdoors he has a great time. That guy exudes passion. I don’t know if he ever sleeps. I don’t know if his brain ever shuts off. But he’s a lot of fun to be around. And when he’s outdoors and he’s enjoying things and he’s finding the fun in everything, it helps the whole team find the fun and film the fun and show the fun to our audiences.”

Who knows if the competitors, who were tasked with grueling physical and mental tests on a daily basis were able to have as much of a good time. But they never ceased to have an impact on Salmoni. He said one challenger impressed him the most. “If I had to pick one, I think you’d have to pick Erik [Weihenmayer] in No Limits.”

The 42-year-old motivational speaker and writer from Golden, Colorado, is blind. Dave remembered first being told about the competitor. “Before going out, hearing that we had cast a blind man on this race, was shocking to me. And I almost felt like we’re going to have to have safety guys just follow them around because how is a blind guy going to be able to do any of this stuff? We were choosing a course that was going to be difficult for the most fit people in the world and you’ve got this blind guy that’s going to be out there. So that initially would have been my one, ‘No way that’s not possible.’”

But Salmoni was awed by Weihenmayer skills in the wild. He admitted, “You get to know Erik and you see him operate and you go, ‘Oh, well that’s no problem for him.’ He became the least of my worries when things would get difficult and then you started to worry about some of the people that maybe hadn’t had as much outdoor experience or adventure experience. So every stage you found somebody else to worry about only because we started to learn what some people were good at and what some people were bad at.”

Erik wasn’t the only competitor that Dave underestimated. He confessed, “We were always predicting who was going to go out. And I wouldn’t say I was better than 50% for the eliminations. At the first stage I could tell the Gypsies were solid and I could tell No Limits were going to do well. You can’t help but look at the football players and recognize their athleticism and expect them to do well. But in amongst them I just always felt like it just depended on the course that day. I felt like everybody had some skills and it was a matter of putting it all together at the right time.”

He continued, “So yeah, there were definitely times when I didn’t expect a team to go as early. I remember thinking that the Kansas girls were going to last a lot longer than they did. Grandpa’s Warriors was our second team out and they were probably the most experienced next to No Limits as far as being outdoors. So they were shocking. But that being said it’s a tough thing to be shocked by, only in that each time that someone went out I felt like one mistake and they’re gone. And anybody can make a mistake so you’re never all that shocked when a team’s in last.”

And although he obviously couldn’t reveal the winner, he did fess up to the fact that he didn’t see it coming. “Before I’d seen any of them race, two of the teams, just on paper, I predicted that they were going to be in the finals and they are. But the team that ends up winning, I didn’t predict, no. I did not expect the team to win that did.”

See who takes home the top prize when the season finale of Expedition Impossible airs tonight at 9 p.m. EST/8 p.m. Central on ABC.