Win Your Own American Horror Story 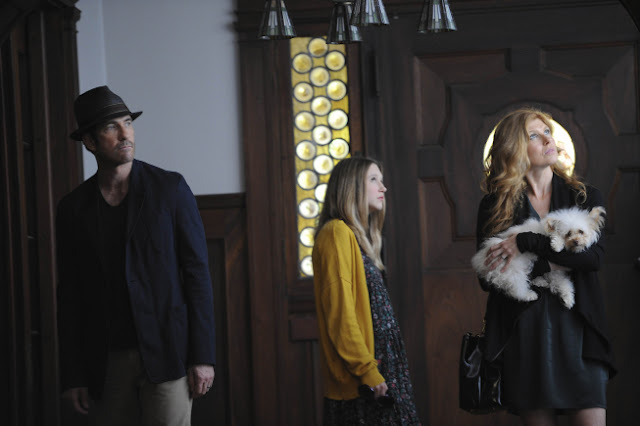 Just when you thought Ryan Murphy and Brad Falchuk were all about the singing and dancing and happy Glee moments, think again. The Nip/Tuck producers have returned to his darker sides with their new FX series American Horror Story. The show, which stars Dylan McDermott, Jessica Lange and Connie Britton, premieres on October 5.

To get fans in the mood for the psycho-sexual thriller, FX has launched the American Horror Story House Calls contest. They are asking viewers to "let us in." Do you get a thrill out of being scared out of your wits? Are you afraid of finding a stranger in the shower or a reflection that isn't yours in the mirror? Then sign up at the American Horror Story House Calls website.

To see examples of the House Calls and for more details about getting involved, check out the website, friend them on Facebook or follow them on Twitter. And be sure to tune in to American Horror Story on October 5 at 10 p.m. EST/ 9 p.m. Central on FX.

For related stories check out:
Win Prizes for Watching Damages
An Interview with the Judges from The Glee Project