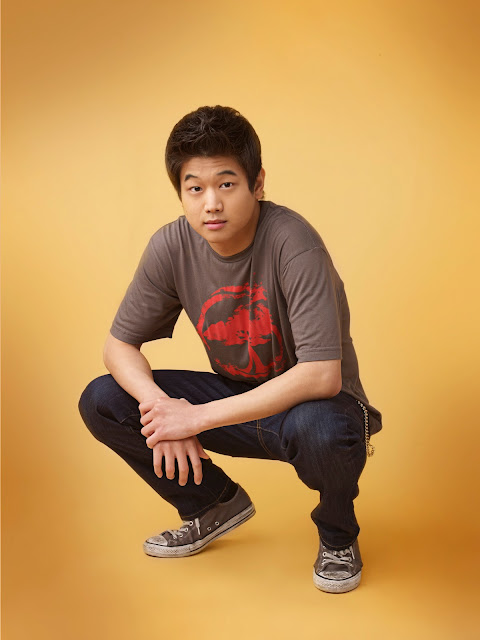 It seems like there’s always debate about diversity in Hollywood and whether television shows and movies reflect the multi-cultural fabric of the real world landscape. At a recent press event an up-and-coming actor named Ki Hong Lee talked about finding inspiration to pursue his dreams to become an actor and hoping to pay it forward.

The young star of The Nine Lives of Chloe King started to act in skits at church retreats and not long after found himself in a hit ABC Family TV show. But he admitted that he didn’t find a lot of Asian American role models on mainstream productions and, as a result, never believed that he could become a star.

Then he found encouragement in what might seem like the oddest place — the serial killer movie Disturbia. Lee recalled seeing “this kid called Aaron Yoo. And I saw that and I was like, ‘Dude, I think I can do it. Maybe I should really try.’”

When Lee appeared in a play at the premiere Asian American theater in the country, East-West Players, the universe seemed to give him a sign. Lee recalled, “Aaron, he actually was at the opening of my play. And when I first saw him I was so star struck. I was like, ‘Oh my god, it’s Aaron Yoo… You’re the reason I got into acting.’”

Now he hopes that kids who seem him on Chloe King will find similar inspiration. He admitted, “Hopefully I can get to his level and show other Asians that they can do it, too.”

For now Lee is just happy to have a funny part he can relate to on a hit TV series. He remarked, “I’m lucky because this role is kind of an extension of myself and so I guess it’s instinctual. But I’m not going to lie and say, ‘Oh of course, I’m this really talented comedian.’ I’m not going to say that. Obviously there are some beats and moments where I get confused and work on. But overall I just think this is an extension of myself so it comes easier.”

He talked about the similar qualities he shared with his character and their differences. “Paul is a very curious and very adventurous kid and he loves comic books and he loves superheroes. That’s one difference right there is that he’s into comic books and superheroes and I was into sports growing up… But one thing that we share is that we, I guess Paul’s more of it than I am, but Paul’s really comfortable in his own skin. And he doesn’t care if it comes across as nerdy or geeky or even if he looks like a loser — like being tied up in the first episode… He’d go after whatever he wants and he doesn’t let what people think or what people say get to him. And I think for me it’s hard to do that as an actor because people are always criticizing your work and you’re always hard on yourself, too. But I try to be that [way] as well.”

Catch Lee on The Nine Lives of Chloe King airs on Tuesdays at 9 p.m. EST/8 p.m. Central on ABC Family.