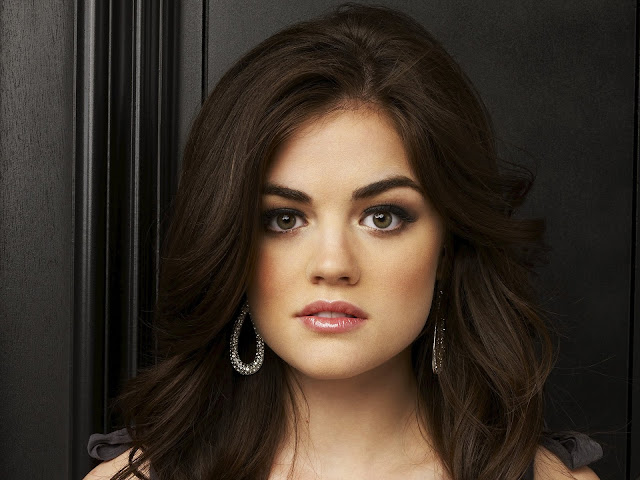 The mid-season finale of Pretty Little Lairs is on ABC Family tonight and fans will not be disappointed by the cliffhanger awaiting them. In January the second half of the season will pick up where it leaves off tonight as the four girls will turn the tables on the mysterious A, who has been tormenting them all these months. At a recent press event Lucy Hale, one of the show's stars, spoke about what lies in store for her character Aria.

As the season comes to a conclusion, the girls decide to confide in someone and reveal their secret only to discover the wrath of A gets stronger because of their actions. This time, Lucy told us, A will pit the girls against each other. Lucy revealed, "A punishes each of the girls and presents them with a task they have to complete and her task deals with Ezra."

Ezra, for those not keeping track, is a teacher at Aria's school that she has become secretly romantically involved with. She divulged, "In the finale you think there's someone in their life that is threatening to expose them, once again, and so there's the idea lurking that they could be outed for real this time in front of her parents. So you'll see how that goes."

Personally Lucy thinks it's about time that Ezra and Aria come clean. She stated, "[It's been] two seasons. We've gotta tell people. They're only gaining momentum. They're going to be together for a while and it's going to happen sooner or later." In fact, if she could have control over one plot point in the second half of the season, that would be it. "I want to see Aria and Ezra finally man up and tell her parents. I really want to see that."


Aria has also had a bit of a love triangle this past season when Alison's brother Jason, returned to town. Although the girls all knew he was up to now good, Aria didn't fight back when Jason kissed her. She did tell him she is in love with someone else though. Fans of the show had a very powerful reaction to the kiss as well, Lucy mentioned, "It got really intense. I had to get off Twitter because people were being so mean. The 'Ezria' fans are really hardcore. They love those two together. And then there's a percentage of people that like Jason as well. But a lot of people were not very happy about it. I like that story line. Aria saw the good side of Jason that no one else had seen and if it weren't for Aria he would have been in a bad light throughout the show so you got see a better side of him."

Still she knows that given the choice between the two, she'd go with the good guy over the bad boy. She noted, "Aria really does believe Ezra is her soulmate." But don't rule out more interaction with Jason. Hale foreshadowed, "As of now she steered clear of that, but I could absolutely see it coming back, because I think Aria really did care about him and those feelings really don't go away."