Melissa Schreiber Just Might Be Willing to Do Bachelor Pad Again 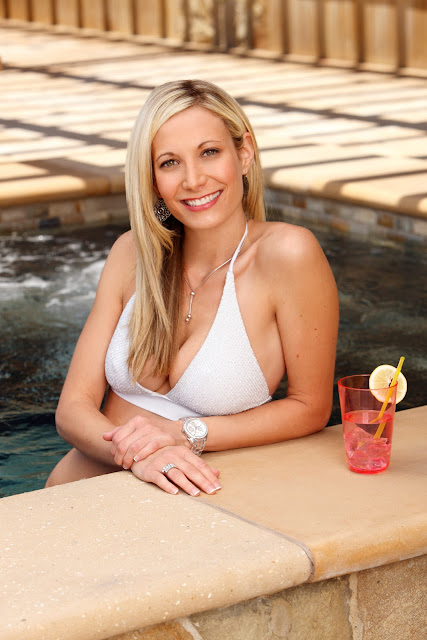 This season of Bachelor Pad is particularly nasty and perhaps no one found that out more quickly than Mellisa Schrieber. After a tearful few weeks and a badly planned alliance with Blake Julian, Melissa got the boot last week.

Melissa talked about how she’s feeling now that she’s out of the mansion. She remarked, “Besides just being completely exhausted, I felt very betrayed at the time by my friends in the house. But I also understood that it was a game and that it was a very likely outcome. But honestly at that moment I was just so exhausted. That's why I didn't really talk in the limo. I just had nothing to say. I was just over it.”

Either way when she returned to the real world she was met with non-judgmental approval from the people who mattered most. She acknowledged, “My friends and family have been so supportive and they know that I'm not that emotional outside of the Bachelor world. It's so funny because every episode that airs I get like 50 typed messages from just friends and family saying, ‘Who are you? We don't even recognize you on TV.’ For some reason, when I'm in the Bachelor house I am just so overly emotional. But there definitely hasn't been any backlash or anything like that. It's all been really positive.”

And some viewers might be surprised to learn that Melissa might just consider putting herself through that high profile ringer again. She admitted, “We made so many good friends and had so many laughs and so much fun, that, right now if you asked me would you go back and do season three of Bachelor Pad, hell no, but when it comes time and they ask you, I don't know how I would respond. A year from now if you came to me and said, ‘Would you do it again?’ I'd like to think that I'd say no but I don't know for sure because it was so much fun.”

Clearly the bad memories don’t seem to be lingering. That’s most likely due in part to the fact that Melissa says she’s over her unfaithful partner in the Pad. Melissa revealed, “I actually have no feelings, whatsoever, towards Blake. I am at a point where I'm over it. I feel like he's still going to Twitter and saying things that I don't think are appropriate and he’s still [retweeting nasty] things about me and we actually had some e-mail correspondence that was very passive aggressive on his end. So I literally have nothing to say about him other than, I just want to be done with him.”

She doesn’t harbor any ill feelings toward the power couples who seem to be manipulating the game either. Melissa remarked, “I will say is that Kasey Kahl and Vienna Girardi — they knew what they were doing. They came in their best playing the game. I respect and love both of them. I wouldn't be surprised if they made it to the final two couples. But we'll just have to wait and see.”

She added, “My favorite people in this planet right now are, I mean I love Kasey and Vienna so much. But Michelle Money — I love her so much. She is like a sister to me. So I would love to see Michelle Money [win] in the end.

Jake Pavelka on Vienna, Gia and His Choice for the Next Bachelor