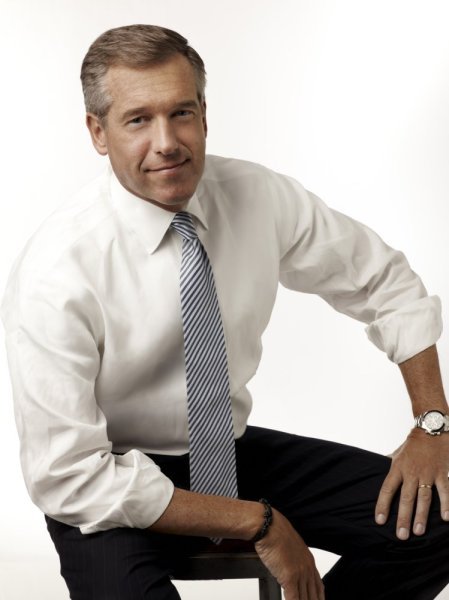 If you need proof, just check out the promo for his new magazine show Rock Center with Brian Williams, which premieres on NBC tonight.

In a recent conference call interview Williams talked about his stints on comedy shows and his old buddy “Koppel.” The Managing Editor and Anchor of Rock Center takes his journalistic integrity very seriously, but reflected on his humorous turns, saying, “While that doesn't speak to towering credibility in a primetime evening news magazine, those are what I call the extracurriculars that kind of make life more fun.”


As for why he refers to another legendary newsman simply as Koppel in the promo he reflected, “I don’t know why. We came up with that on the fly. It seemed perfectly appropriate.”


Williams also recalled his last run-in with the former Nightline anchor. “We actually realized the day we gathered to have a little fun and shoot those promos the last time I had seen Ted in the flesh, I had found a way to get into what was then still Saddam Hussein International Airport in Baghdad, probably invasion plus three days.”

He added, “I woke up hearing the distinctive voice, ‘Williams,’ standing over me in his battle gear. Very surprised having embedded with the third ID to find that we had entered quote ‘their airport.’ So that was the last time I saw Ted before the elevator promo.”


It’s true that the journalists used to be on competing networks when Koppel was at ABC but Williams is smart enough to know what’s in his best interest. “Boy, I'd rather have him with us than against us. What a warrior, what a competitor, what a journalist. And that's among the most thrilling developments in the development of this broadcast.”