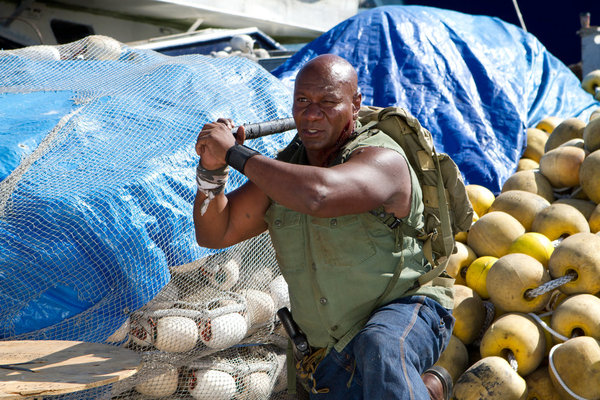 A Golden Globe winner helps stop gang violence, two celebrity brothers take on Hollywood and a TV star helps a young girl strive for her dreams. Here are this week's most inspirational moments in pop culture.

Ving Rhames has played a lot of tough characters in a bunch of films, including his latest role in the Syfy thriller Zombie Apocalypse. He summed up his part in a recent conference call interview, saying, “As my character Henry would say, ‘A quick sledgehammer blow to the head solves a lot of problems.’ I walk around with a sledge hammer in the movie.”

But even Rhames admitted that there’s something about him that fans might find most surprising. “Probably maybe that I’m a Christian, I don’t know if they would think that based on a lot of the projects that I’ve done. But I do try to keep God first in my life. I don’t always succeed, but that’s what I’m working on.”

He also expressed that his viewers might not know about the very important way he spends his spare time. Rhames divulged, “I do gang intervention work with a group called Developing Options. And we basically just try and stop young adults from killing each other. It’s headed by a guy named Big U. That’s his street name, but it’s Eugene Henley. And they’re based in South Central, [Los Angeles].”

The organization is making a major dent in L.A. crime. As Rhames explained, “We cut down on the violent crime in South Central by 85% in the Crenshaw area.”

Rhames made an observation about why he thinks he’s able to reach the troubled youths. “I’m very real. I’m very honest in that perspective in the streets, especially I did a film with John Singleton years ago called Baby Boy, where I played a gang member. And in a lot of black America, that film was a hit and they really thought I was a gang member for real… I’m from New York, and people would swear that, ‘Oh no, you’re definitely from L.A. and you're a gang member.’ So they did identify with something in me, probably because I come from the streets, I grew up in a gang culture. I grew up under people like [Nicky Barnes] as far as major drug dealers at Harlem at that time.”

The Golden Globe-winning actor, believes that a higher power gave him the ability to help. He commented, “I think sometimes God can place you in a position or bless you with something, but you're supposed to use it for something else. Like maybe I’ve been blessed with acting and getting notoriety to help change the lives of young black, young Hispanic men, young Caucasian men who can relate to someone coming from the streets, because most actors don’t come from the streets.”