Our Favorite Johnny Depp Films of All Time 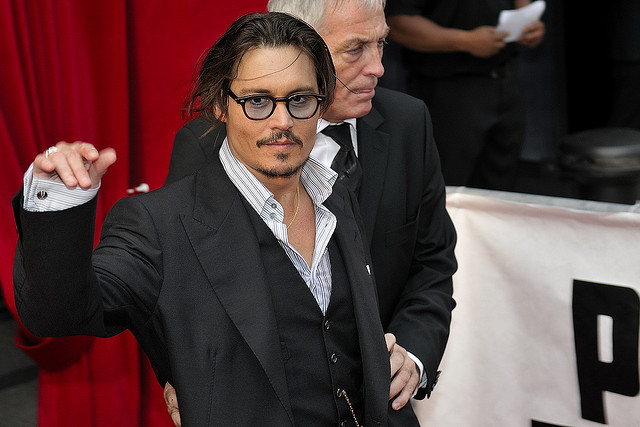 Johnny Depp's new movie The Rum Diary hits theaters this week and while we will check it out, we have a gut feeling it won't end up on our list of favorite Depp films. Don't get us wrong, Johnny is great in (pretty much) everything he does. But since we think Fear and Loathing in Las Vegas was one of the least enjoyable Johnny films, we're afraid this Hunter S. Thompson story may leave us with the same disturbed feeling. So in honor of his latest release, here are our top five Johnny Depp movies of his career to date.

4. Ed Wood
As we make this list, we realize a lot of Depp's characters are unnerving to varying degrees. One of our faves was his portrayal of the cross-dressing horror flick actor Ed Wood. Johnny's depiction of the ridiculed director was both twisted and heartwarming all at the same time.

2. Finding Neverland
Critics gave Johnny's performance in Finding Neverland mixed reviews. But we found his turn as Peter Pan author J.M. Barrie and his relationship with the real-life Peter, played by a then-unknown Freddie Highmore, to be touching and poignant.

1. Edward Scissorhands
Not only does Edward Scissorhands take the top spot of our list of Depp movies, it ranks up their as one of our favorite films of all time, period. The combination of Depp's tender characterization of the outcast with the piercing digits, the powerful supporting performances by Winona Ryder and Dianne Wiest and the insanely inventive world created by Tim Burton add up to pure movie magic.

For related stories check out:
Stars Who Got Their Start in Horror Movies
Celebrity Nicknames and Aliases