An Evening with Carl Reiner (and Dick Van Dyke) 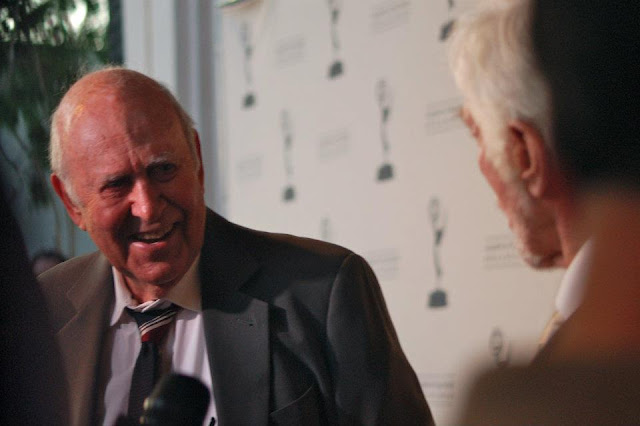 Last Thursday was another great night for the Passionistas courtesy of the Archive of American Television. The Academy of Television Arts of Sciences hosted An Evening with Carl Reiner to celebrate his illustrious career and the 50th anniversary of The Dick Van Dyke Show.

We had the privilege of speaking with Carl himself plus other notables like Rose Marie, Lily Tomlin, Eva Marie Saint, Bonnie Hunt and Bill Persky. Plus, a childhood dream came true when we stood face to face with the man who played Bert in Mary Poppins and Caractacus Potts in Chitty Chitty Bang Bang, Dick Van Dyke, in the flesh.

Here's what Dick had to say about what he called "the best five years of his life" working with Carl Reiner.


To see the other red carpet interviews check out this YouTube playlist form the Archive of American Television.

For related stories check out:
Dick Van Dyke and His Two Marys
On the Red Carpet at The TV Academy Hall of Fame Inductions