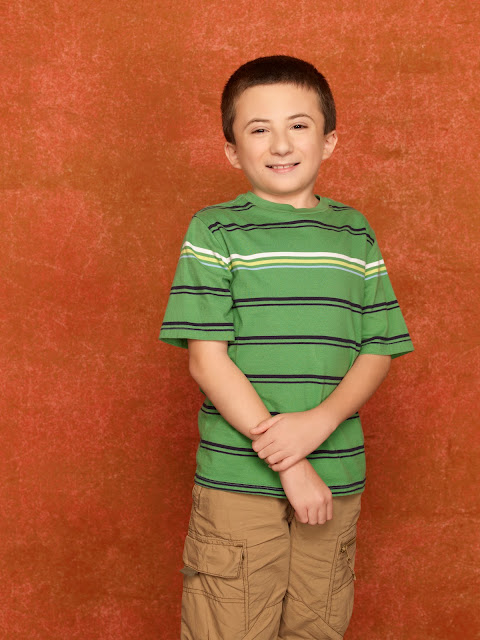 
When we think of all of the great young actors on TV right now, all of the kids on Modern Family and Max Burkeholder on Parenthood always spring to mind. But our favorite tween star is Atticus Shaffer from The Middle. His character Brick Heck’s signature head-tilted whisper only adds to his unique charm.

We were excited to have an exclusive interview with Atticus last week where, after talking with him about his hit ABC sitcom we shifted gears and asked him to discuss his passion — stop-motion Lego animation.

Atticus seemed excited to talk about his hobby. “Oh wow, well, gee that’s an out of the blue question and I have not had that question before… I love to do stop-motion animation. I think it’s just so much fun.”

The 11-year-old TV star enjoys combining his love of historic battles with his fervor for the tiny, colorful blocks. He explained, “Since I’m a history buff I like to make little military history type things — set-ups about certain battles and what not. No but I absolutely love to try to make the little become bigger in a way — have the little Legos be like a big storyline and whatnot.”

He is also taken with the behind-the-scenes aspects of his craft. He revealed, “It really is a lot of fun to be able to write scripts and [plan] camera angles. And that’s another thing I’ve learned from being on set, is I’ve learned so much about camera angles and directing and whatnot. And it really got poured into me into my factor of stop-motion animation.”

But he admitted that there isn’t one particular campaign he’d want to mount “because all the battles are interesting to me.” Besides his interest in warfare isn’t what might be expected of a typical kid. He confessed, “I’m not interested in them as the fact of, ‘Oh hey, there’s a bunch of blood everywhere and killing. Woohoo!” No, it’s not that at all. I love the strategy. I love tactics. Yes, I’m very much that type of person. I am such a huge nerd in that way. But I love the strategy of it all. And how to recreate older things — World War II to recreate the trenches or the camps or whatever it may be.”

Given his passion, you can imagine how thrilled he was when he landed a part in Tim Burton’s upcoming stop-motion film Frankenweenie. He recalled, “I was looking around on YouTube one day at Lego ‘Star Wars’ animations and I thought, ‘That would be so cool to do.’ Later on realizing that Tim Burton, what he does is Claymation, which is the same thing as stop-motion. And so being able to work with Tim Burton is so cool for me.”

Atticus added about the legendary director, “He really is cool because he is also different. He knows exactly what he wants. He can take a picture in his mind and recreate it on paper or on the screen. And I really think it’s just amazingly cool to be able to see and be part of his mind, really.”

Watch Atticus on The Middle every Wednesday night at 8 p.m. EST/7 p.m. Central on ABC and stay tuned for more info about Frankenweenie, which is due out in October of 2012.
Posted by Pop Culture Passionistas at 6:58 PM