Jennifer Morrison Talks About Once Upon a Time 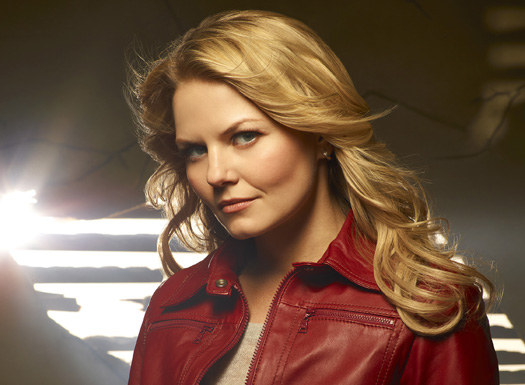 ABC's new series Once Upon a Time intrigues us. The idea is creative and the cast is stellar. They are led by Jennifer Morrison, who stars as Emma Swan. Emma is a twenty-eight year old bailbondsperson who was abandoned by her parents and in turn gave her own son up for adoption ten years ago. But there's so much more to the story.

The premise goes like this. A long time ago, in a land far, far away, Snow White and Prince Charming fell in love and had a baby. But the Evil Queen, who believes Snow White reuined her life, has cast a curse over the entire fairy tale world. All of the inhabitants are now doomed to live in modern times with no memory of their former storybook lives. But Snow and Charming manage to use one last bit of fairy tale magic and save their young daughter from the curse. They put her in a magical tree trunk, which transports her to an unknown place safe from the evil grasp of the Queen.

Cut to ten years later, when Henry discovers the secret and has asked Emma for her help. Little does she know that the people she and her son are about to rescue are her very own parents, the former Snow White and Prince Charming. Following us so far? It's a little complicated but worth the effort.

In a recent exclusive interview Jennifer told us what she found appealing about playing the role of Emma Swan. "It's very rare on television to get to play a character that's so multi-facted... So from an acting perspective it was just an incredible challenge to take on and exciting to know that there was going to be so many different things that I was going to get to try to do and be part of as this character."

Watch this video for more of what she had to say on this topic.

Jennifer also noted that she views fairy tales completely differently now than she did when she was a kid. She stated, "It's not just the story at the surface, it's also the underlying subconscious things that are going on as well, which is fascinating and draws you in to it without even realizing."


Watch the rest of our interview with Jennifer:

Jennifer Morrison from "Once Upon a Time" Discusses Her Co-Stars

For related stories check out:
An Interview with the Executive Producers of Grimm
FEARnet's Handing Out a Lot of Treats for Halloween