Michael Marisi Ornstein from Sons of Anarchy is a Real Artist 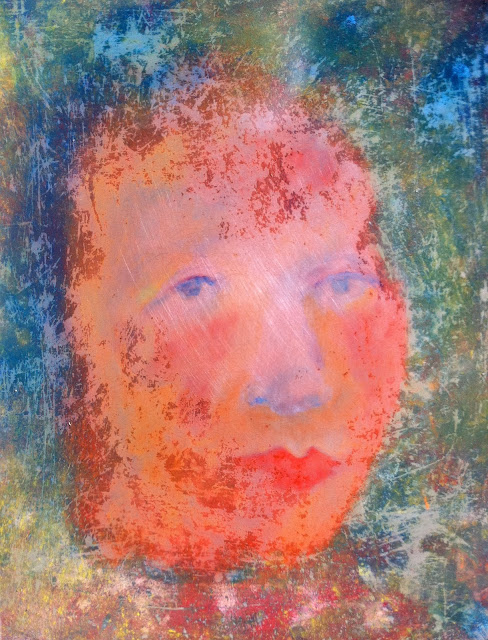 Michael Marisi Ornstein plays Chucky Marstein, an almost entirely fingerless, ex-con, motorcycle gang bookkeeper, who makes a mean bowl of chili on Sons of Anarchy. So fans might be surprised to learn that in real life, the actor is also a very talented painter, musician and writer. In a recent conference call interview, Ornstein talked about his various artistic pursuits.

Michael talked about how he approaches all of his creative outlets. “I feel it's all coming from the same exact place when I get a script and do my work and then show up on set and work. It's the same zone that I'm in when I'm in front of a canvas or when I'm writing a story about one of my paintings or playing music. Whatever I'm doing at any given time it's the same exact zone. I'm a creative person and I use painting, and acting, and writing and writing songs or whatever as tools to just get a point across in order to communicate a story or an emotion or something like that.”

He added that he let’s the feeling direct him to the right form of release for his creative impulse, saying, “So if I'm feeling something, I know if it's a song or if it's a little story that I'm going to write or if it's a painting or if it's a play. I might sit down and write a play. I have. I used to write and perform a lot of my own materials with my friends.”

He described the very low-key production of the movie. “So I got together with my friends and shot a feature length film on a budget of like $500, I think I spent, to shoot a feature film. I used digital video and it was actually the first film ever to be shot on digital video, like in the world. And I did that by accident because I didn't want to spend any time trying to raise money for the film and started shooting on Hi8 and I just didn't like the way it looked and I went to be in B&H Camera in New York City and bought a digital video camera and went to work.”

But painting seems to be one of Michael’s greatest passions. He revealed that fans will be able to see his work in a city near them sometime soon when he takes his art on a very high tech tour. Ornstein explained, “I'm working on that. What I'm doing with my oil paintings is really interesting. It's like the first time it's ever been done actually. I'm using hand-mixed oil paintings and I'm linking media that I've created and I'm adding music to it. So it's very much like rock 'n' roll. I've written these stories that go along with the paintings and I've been working this way for quite a while now, many years. And I'm using QR codes, which is really cool. It's cutting edge modern technology.”

He described what fans can expect to see and hear. “Basically in the live show, I have a QR code next to the painting and people can scan the code and get the media delivered to their phone in a matter of just a couple of seconds. And they can listen to the story of the painting; actually hear the painting talking to them. So I'm trying to tour that and also work out some kind of live performance because that's how these stories originated.”

Michael noted that he’s mounted these types of performances before. He recalled, “I wrote the stories and I used to get together with my friends in New York and L.A. and stuff. And we would perform these stories in little cafés and bars or wherever we could find a space. And it was a whole lot of fun. So that's what I think the tour would be. It would be the exhibition and then some element of a live show. I was even thinking about going to London with it.”

Catch Michael on Sons of Anarchy on Tuesdays at 10 p.m. EST/9 p.m. Central on FX.