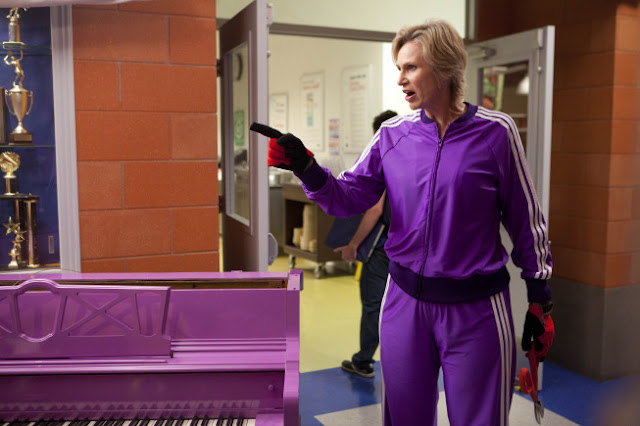 A foundation offers up a few holiday gift ideas, some rock stars want the kids to be alright and a TV chef blends food with philanthropy. Here are this week's most inspirational moments in pop culture.

The TV Academy Offers Up Some Holiday Gift Ideas

Just in time for the holidays, the Television Academy of Arts and Sciences Foundation is holding an auction of TV memorabilia sure to excite the small screen fans on your shopping list. From a Sue Sylvester tracksuit signed by Glee's Jane Lynch to dinner for four at Hell's Kitchen, check out the items available for bid between now and November 18.

Some of the other options in The Academy of Television Arts & Sciences Foundation’s first Annual Holiday Online Auction include an autographed Simpsons script, a House oversized tennis ball signed by Hugh Laurie and Cote de Pablo’s Star of David from NCIS. Also included in the auction are celebrity experiences like a haircut and style by Ted Gibson of What Not To Wear, tickets to the season five premiere party of True Blood and a visit to the set of So You Think You Can Dance including a meet-and-greet with Cat Deeley. To see the complete list of items visit the Foundation's ebay site.

Norma Provencio Pichardo, Executive Director of the Television Academy Foundation, stated, “This auction is perfectly timed to offer TV fans unique holiday gifts that you just can’t find anywhere else. We are grateful for this opportunity to raise funds to support the Foundation’s mission, by giving fans a chance to bid on items generously donated by the television community.”

All proceeds from the auction benefit the Foundation, the charitable arm of the Television Academy of Arts & Sciences. Money raised will help fund the Foundation's archival and educational programs including the College Television Awards, the Fred Rogers Memorial Scholarship, the Summer Internship Program and the interviews conducted by the Archive of American Television.

The Foundation's money has been hard at work this week alone. Entries are now open for the College Television Awards (the equivalent to Emmys for college students) and the Fred Rogers Memorial Scholarship (given to students shaping the future of children’s media). In addition this week the Foundation conducted their annual Faculty Seminar, five days of “TV 101” for college professors.

For more information on the Foundation visit EmmysFoundation.org.


For related stories check out:
Ving Rhames Uses His Influence as a Celebrity to Help Stop Gang Violence
Justin Bieber Gives Back