The Passionistas Speak with a Pop Culture Icon 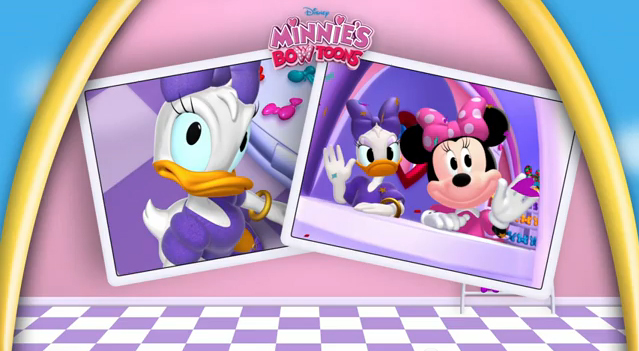 Photo Courtesy of the Disney Channel

Over the last two years we have had a chance to interview some pretty legendary entertainers — from Alan Alda to Dick Van Dyke to Jane Fonda. But last week we were invited to speak to inarguably one of the greatest pop culture icons of all time — the one and only Minnie Mouse.

We only got a few minutes with Ms. Mouse, as she was busy preparing for the launch of Minnie's Bow-Toons, her new TV series which premieres tonight on, where else, the Disney Channel. Plus the legendary star from the Mouse House is already thinking about plans for her upcoming birthday. She turns 83 years old on Friday, November 18. You'd never guess it by her youthful exuberance and gentle, squeaky voice.

On her new show Minnie teams up with her best friend Daisy Duck and a few other cartoon pals to run Minnie's Bow-Tique, a store that sells only bows and bowties. But in case you might think that's a pretty specific market, watch our interview with Minnie describing some pretty unusual uses for her products.


Minnie told us why she started a business at this point in her life, "It seemed like the right time... I just looked around and said, 'I love making bows! I love making bows!' And then I said, 'Okay, let's open a shop.' And all my friends said, 'What a great idea.' And so I did."

She also revealed that bows hold a special place in her animated heart. "It's my passion, I suppose. There's nothing quite like bows. A glow bow, a disco bow, all kinds of polka-dot bows, bowties. Everything... I guess we can all be Passionistas!"

For related stories check out:
Jessie Has a Cast of Poised Young Stars
Live Chat with the Cast of Lemonade Mouth