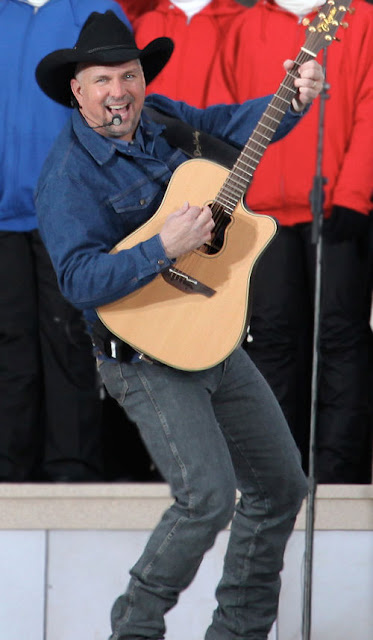 
Country music's royal couple Garth Brooks and Trisha Yearwood spent a week in Haiti with Habitat for Humanity. They joined 500 other volunteers in the Santo community to help build homes for victims of the 2010 earthquake.


This build was part of the 28th annual Jimmy and Rosalynn Carter Work Project. The former president and first lady spearheaded the initiative to help replace some of the 105,000 homes destroyed almost two years ago in the disaster.


Brooks and Yearwood celebrated their sixth wedding anniversary a little early this year by giving back. They skipped the CMA Awards and headed to the area that is still devastated by the 7.0 magnitude quake. And in just five days, the 500 volunteers built 100 homes. At the end of the week Jimmy and Rosalyn paid a personal visit to every single new homeowner giving them a signed Haitian bible.


There is still some finishing work for many of the homes, and Habitat will hire local contractors to complete the jobs. Families will move in the day after Christmas.


According to the Habitat website, the Carter Work Project is scheduled to go back to Haiti in 2012. President Carter explained the reason for the return next year, “Haiti is in the worst need that we’ve ever seen anywhere in the world.”