The Stars of Good Luck Charlie, It’s Christmas Prepare for the Holidays 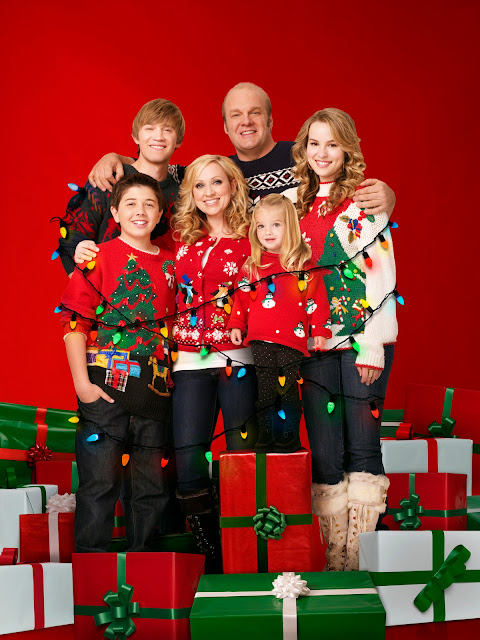 Every year we watch the same holiday movies — Rudolph the Red Nose Reindeer, It’s a Wonderful Life and Mr. Magoo’s Christmas Carol. So we’re always happy to see a new option hit the scene. If you’re like us and you’re looking for a good, clean holiday family romp check out Good Luck Charlie, It's Christmas! The movie follows the TV family from the Good Luck Charlie series as they travel to Arizona for Xmas. At a recent press event we talked to stars Bridgit Mendler, Bradley Steven Perry, Eric Allan Kramer and Leigh Allyn Baker about how they celebrate the yuletide in real life.

Bridgit, who plays teen daughter Teddy, shared one of her family’s holiday traditions, saying, “Every Christmas my dad reads The Night Before Christmas on Christmas Eve. So it gets all of us ready for the spirit of Christmas. We leave out our cookies and it's all the traditional, magical experience.”

Thirteen-year-old Gabe also counts the 24th as a special time in his annual celebrations. “Every Christmas Eve we go to my Aunt’s house. That’s fun… We always open one present before Christmas, like the night before.”

Good Luck Charlie’s dad Eric reflected on how he’s tried to recreate happy childhood customs for his own children. He remarked, “The one memory I will always have about Christmas is my mother, who passed away a few years ago, would always transform the house. And that’s the one memory of Christmas that I’ve always kept with me. And that’s the one tradition that I wanted to pass on to my kids — was that feeling of the house becoming something else.”

He recounted the preparations of his youth. “My mom would bake forever and she had a tree, decorations – everything was always very important to her. So come December the house would go through this amazing transformation. It’s a cliché but it’s true. Everything gets a little warmer, a little more comfortable. Everything just feels very close and very family. And I’ve never been able to duplicate it to the point that she could. But that’s something that I’ve tried to pass on to my children as well.”

Of course the holidays can also cause emergence of the mischievous nature of impatient boys and girls. Gabe recalled a year when he took a peak at one of his gifts before he was supposed to. He confessed, “My mom had all the Christmas presents out in her room. And you go say goodnight to someone at night and then you go to bed. And I had already said goodnight and then gone to bed. And then I knew that it was all on the floor so I came in again and I was like, ‘Goodnight! Oh, dang it. I saw it. Oh no.’ So I never took it and played with it but I did see it. It was just laying in the corner.”

Being a good dad on- and off-screen Eric offered up some sage advice. “There’s an art to unwrapping and re-wrapping presents. You have to study your parents for at least a year to get their technique down.”

But looking ahead, Gabe knows exactly what he’s hoping to receive this holiday. After doing a little research for a big paintball scene in Good Luck Charlie, It’s Christmas!, he got hooked on the pastime. He revealed, “I really want a paintball gun now. Because of playing paintball in Utah, it’s something that I really want now.”

And he had one other very simple request — beef jerky. He acknowledged, “I know that sounds really random but I ask for that on my birthday and Christmas. I usually get it. And it makes me really happy having beef jerky right there. And I know I’m gonna get it too. I just don’t know when I’m gonna open the beef jerky.”

As for Leigh, who plays the TV clan’s mom, she’s already started getting in the spirit. She divulged that she kicks off each season with holiday music. “It’s already in my CD player. I’m already searching the radio stations because there’s one that plays Christmas all the time.”

She’s also said she planned to start decorating as soon as Thanksgiving was over. Leigh decks the house with wreathes and a living garden. While inside she described a less natural scene, “I was always allergic to Christmas trees, I have bad allergies. So I always had an artificial tree. And then when I moved out here, when you travel back for the holidays it’s always such a fire hazard to keep a tree up in your house when you’re not there that we always went for an artificial tree. At one point I even had one that lights up and spins around. My mom said it was tacky so I got rid of it.”

Good Luck Charlie, It's Christmas! premieres on Friday, December 2 at 8 p.m. EST/7 p.m. Central on Disney Channel with simulcasts on Sprint TV and MobiTV.
Posted by Pop Culture Passionistas at 2:00 AM