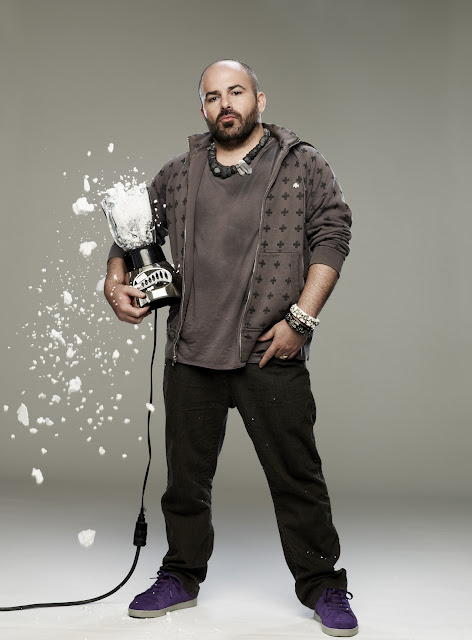 
When the victor was declared at the end of the first season of Lifetime’s Project Accessory, perhaps no one was more surprised than the winner himself — Brian Burkhardt. In a recent exclusive interview, the sculptor-turned-jewelry designer talked about taking home the title.

The 40-year-old Floridian recalled, “To be honest with you, I was shocked. I thought that I had the ability and the skill enough to win and the vision to win. But I wasn’t sure, because there was other people there that did more commercially viable things.”

A fine artist with a penchant for crafting one-off pieces in resin, Brian acknowledged, “People are always like, ‘Oh my god, I love your stuff.’ But I don’t think that everyone would wear my stuff maybe. So I didn’t know if [I was] what they were looking for.”

But the grand prize wasn’t Brian’s ultimate goal. He revealed, “It’s not that I would say that I didn’t care, but I didn’t go on the show to win. I went on the show to do what I do. And I’m like, ‘If they think that’s wonderful, then great. And if not, then okay.’”

Yet in the end, getting the recognition for a panel of judges that included model Molly Sims, InStyle editor Ariel Foxman and design legend Kenneth Cole felt good. Brian confessed, “I was really honored that they got me. That doesn’t really happen that often — that you can honestly be yourself and that I was rewarded for it. It was very cool… I was shocked actually.”

But besides the gifts and the glory, Brian gained some valuable knowledge during his time on Project Accessory. First there was the advice he received from the panel. He recounted their critiques, “They said, ‘All your pieces… they’re amazing pieces of art… But sometimes we don’t know where to look… Sometimes less is more and you need to be strategic about what you put on the model. And [see] that our attention is drawn to a specific area rather than it’s a competition between the wrist and the neck and the ear.’ And I thought that was super, super helpful.”

Brian also has expanded his repertoire because of the reality show. “I worked with leather on the show a lot. And the newest line that I’m working on now is an exotic leather line and jewelry, which is super exciting for me because I’ve been using resin. As a sculptor, I have a fine arts background so I’ve used a lot of different materials… What I started incorporating in jewelry was something that for me was very different and new for me. I was super excited about it and I have a line already finished, I’m just going to launch it in the beginning of the year.”

The new line is just the next step in Brian’s artistic career. And he hopes that his time on Project Accessory will be a springboard to many diverse projects. He told us, “I love working with people. I love collaborating. [Fellow contestant] James [Sommerfeldt] and I are talking about doing a collaboration now. And I love coming up with new lines… I would love to be doing more couture designing, more custom pieces and have opportunities to work with other people.”

Asked which Project Runway fashion designer he’d like to collaborate with, Brian answered, “I love Chris March. I love Christian Siriano. His stuff is so slick and elegant but very extreme, too. But also refined. I love Christian’s work.”