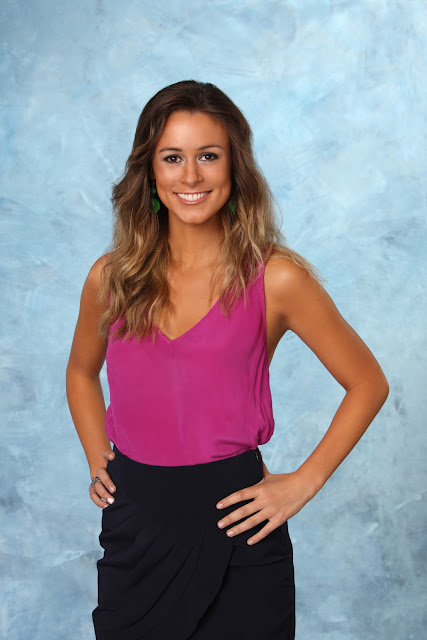 We love a good Bachelor breakdown just about as much as anything. And this season, the tears came much earlier than we anticipated. Jenna Burke didn’t make it through the first night’s cocktail party with Ben Flajnik and his bevy of beauties before suffering a colossal meltdown — bad bachelorette behavior, but good TV. In a recent conference call interview she talked about her emotions and her post-Bachelor love life.


Jenna admitted that she wasn’t emotionally prepared for the repercussions of a bad split from an ex-boyfriend. She recounted, “I was carrying some extra baggage and my breakup was hard and I moved past it. And I’m fine with showing people my vulnerable side, because that’s real life. I’m human. I have emotions. I had a breakdown. I know we all have had them and we all have our insecurities and unfortunately that’s how it happened.”


But she signed up for The Bachelor like most girls do. “I generally went on the show wanting to find love and share my life with somebody. I really don’t have a mean bone in my body. And I wanted to make friends with everybody, but some people have their game faces on and it’s just the name of the game.”

Not surprisingly Jenna is disappointed that she spent the majority of her time on the show in a teary puddle. She confessed, “It’s unfortunate Ben did not get to see the real Jenna and I think he’s a great guy. I have nothing bad to say to him. He did juggle a lot of women. It’s hard but the aggressive ones get in there.”


And now that she’s home in New York, she’s decided to take herself off the market for a while. Jenna admitted, ‘I’m not dating. I’m actually focusing on myself. When you build a stronger relationship with yourself, everything falls into place. That’s what I’m doing right now. And I feel like I’m just so much happier than I was when I went on the show. And I learned that I think building a relationship takes time.”


Me time is a good idea for Jenna who’s explained that she’s embarking on a new career path, “I’m actually getting into writing. And I also have a blog called The Over-Analyst, which is a perfect title for me, I might say. And I think I over-analyzed everything, but there’s a healthy way to over-analyze things and usually I do.”


Still she wanted to make it clear that she didn’t agree with the moniker that some people have given her. Jenna remarked, “I’m not a self-proclaimed relationship expert, like everyone keeps saying. I don’t think I would be on a show if I was some relationship expert, I’d be guiding people on that show. And I was not guiding, for sure.”


As for her time on The Bachelor she added, “I went on that show for the right reasons. And you could see, I was tremendously hurt by the unfortunate situation, how it all went down. And I was truly upset, because I really wanted to get to know Ben and I had my chance, and I somewhat blew it.”


Keep track of all the drama on The Bachelor every Monday night at 8 p.m. EST/7 p.m. Central on ABC.


For related stories check out:
Ben Shur from The Biggest Loser on the the Season 13 Twists

The Biggest Loser's Johnny Forger Discusses His Time on the Ranch