Where Are They Now: The Non-Superstar Winners of American Idol 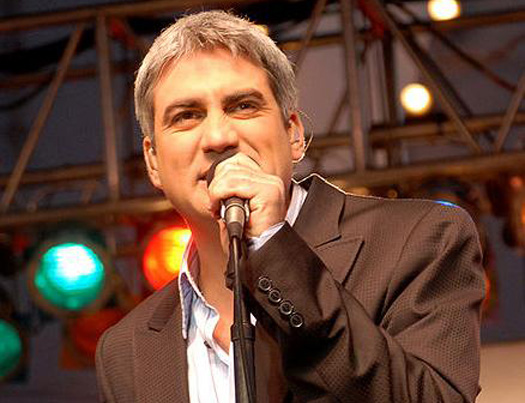 We all know the American Idol success stories. Carrie Underwood is one of country's biggest superstars. Kelly Clarkson was just on SNL to promote her fifth studio album Stronger. Fantasia Barrino won a Grammy in 2011 for Best Female R&B Vocal Performance. Some non-winner Idols are faring even better, like Oscar-winner Jennifer Hudson and Smash star Katherine McPhee.

But what about the Idols who took top prize their seasons but did not go on to household name status? For every Carrie Underwood, there is a Kris Allen. In ten seasons, Idol has churned out a good amount of big time stars. But what happened to the rest of the winners? Here's what they've been up to.

Ruben Studdard, Season Two Winner
Ruben, like his season two runner-up Clay Aiken, has managed to stay in the public eye despite not rising to superstar level. Since his Idol days he has released four albums and starred in the revival of Ain't Misbehavin' as Fats Waller in 2009. He's had two albums reach the top of the charts, has garnered a Grammy nomination and has won an Image Award. These days Ruben is busy recording tracks and making videos for his upcoming CD that includes the song "June 28th (I'm Single)" about the recent break-up of his marriage. Watch for the album to drop sometime this spring.

Jordin Sparks, Season Six Winner
Jordin Sparks has probably made the quietest big splash of all the Idol winners. The single "No Air" sold over four million copies, making it the highest selling Idol single of all time to date. But the singer has only released two studio albums since her win six years ago. Still she has kept very busy with TV appearances on shows like The Suite Life on Deck and Big Time Rush. She also appeared on Broadway in 2010 in a twelve week run of the hit show In the Heights. Watch for her this year in the remake of the the 1976 film Sparkle, about a 1950s girl group.

Kris Allen, Season Eight Winner
In season eight Kris Allen, the mousy, low-key, acoustic crooner beat out the over-the-top, outrageous Adam Lambert for the Idol victory. Since then he has continually worked, but stayed quietly under the radar. In 2011 Kris sang the National Anthem at the Pro Bowl in Hawaii, wrote songs recorded by Matthew Morrison from Glee and Javier Colon from The Voice and sang "Imagine" at a star-studded benefit for The Trevor Project. He is currently recording his second album due out in the spring of 2012.

Lee DeWyze, Season Nine Winner
Since winning Idol in 2009, Lee released one major label record, Live It Up, which dropped in November 2010. Sadly for Lee, it was announced in the fall of 2011 that he had been dropped from 19 Recordings when the partnership between the label and the Idol franchise came to an end. Still the singer has good things on the horizon. He is huge in Asia, where he spent last spring touring Manila, Taiwan, Hong Kong, Jakarta and Kuala Lampur. He also has a big event on the horizon personally, as he is set to marry model Jonna Walsh sometime in the fall of 2012.

Clay Aiken Drops by Diva for a Cause