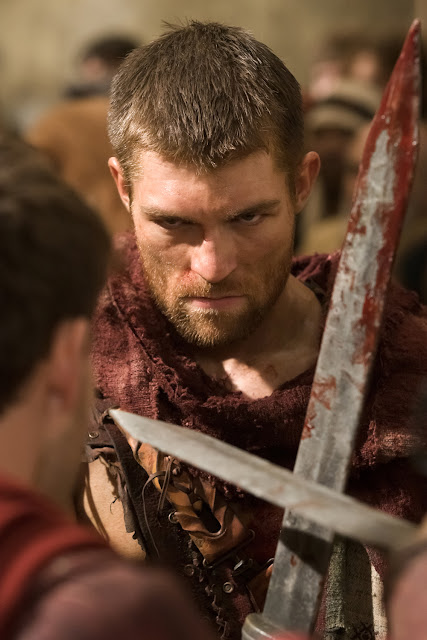 Never has an actor found himself in a position more enviable and unenviable at the same time. Liam McIntyre is getting a huge break, landing the title role in the Starz series Spartacus: Vengeance. But unfortunately he got the part when previous star Andy Whitfield died of cancer last fall. In a recent conference call interview, Liam talked about stepping into the legendary sandals.


Liam described the position he found himself in on Vengeance. “I had a unique situation of trying to create a new Spartacus that felt like the same guy that Andy's Spartacus was. So I mean it was a fantastic and very unique process to go through. It must be a really sad thing to have to even look at. But I certainly will never, touch wood, never have to go through anything like that again in my life, I suppose.”


The 29-year-old Australian actor recounted, “I watched the first season and Gods of the Arena countless lines. And so for me it was unique in the way that, I really felt like I was right there with all of Andy’s performances. So I really felt like I got Spartacus as he portrayed him. So to me more than anything, it was important to make sure that Spartacus as a character continued as that character and not just some totally different person who was inspired by different things.”

As for what he hopes to bring to the role, Liam remarked, “I just want him to keep growing. To be honest, I've been given this great honor in carrying on this legacy and I feel, especially getting towards those last episodes, he's just really getting to a very interesting place.”


But he confessed he won’t be checking viewers social media comments on Friday night. “I'm a bit of a dork, so I know how I can be with things I'm passionate about. So having that in mind, I'll probably insulate myself from that a little bit and just let the fans judge as they will and make their own decisions. And I'll curl into a bed and hope for the best.”


Regardless of what the Spartacus devotees think, Liam will continue to have fun shooting the show. He acknowledged, “It's a rare and lucky person who gets to be a ten-year-old for a whole year. It's fantastic.”


Still it’s not all fun and games, there’s a lot of physical work to be done. Liam recounted, “Early on when I started the process of testing for this role, I'd done another film where I was 45 pounds lighter or thereabouts. So I was going for that whole Machinist look. And unfortunately I was succeeding. And first of all, I thought there was no way I'd ever even be considered, but they did consider me. And I got taught exactly how horrible training can be.”


He continued, “In much the way that people say, ‘Do you get used to sex scenes?’ And the answer's generally ‘No.’ ‘Do you get used to lifting ridiculous amounts of weights?’ No, really. The point is that you do it and it really hurts. But it's one of the few things in life where you get to see tangible results. So I guess it's worthwhile.”


For related stories check out:
Our Interview with Shark Tank's Kevin O'Leary and Robert Hernavec

Best and Worst Reality Shows of 2009