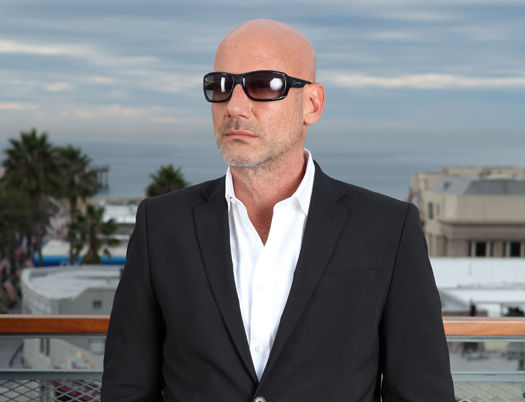 The new CW series Remodeled, which premiered on Tuesday night, features Paul Fisher, former agent to the supermodels. Paul has started a new endeavor — to change the shape of the modeling industry, one pound at a time. In a recent conference call interview he talked about why the fashion world needs a makeover and how he plans to repent for his former sins.

Back in the '90s Paul was an agent who represented fashion stars like Naomi Campbell, Carre Otis, Carla Bruni, Kimora Lee Simmons and Brooke Burke. But he admitted that he got into the business accidentally and he is not proud of his past. "I was 21-years old... I had the opportunity to move to New York and get involved in the modeling industry. I did not even know how to spell the word Vogue, but I was a young boy and I loved girls, and I wanted to meet more girls. And I wasn’t a good looking guy or anything like that, so I figured why not have a lot of power and I could meet more girls."

But once Paul began to transform unsure young girls into confident supermodels, he realized he was good at the job he had stumbled in to. Still he acknowledged, "But back then, I was just an idiot. I was a jerk... I’m not proud of the man that I was before, but now I’m trying so very hard to right the ship and trying to do things the right way. I try every day to believe in the kids, support the kids, respect the kids, have integrity, and I’m trying real hard to do it the right way this time."


And so that is what he set out to do. He began a group called The Network and started recruiting boutique modeling agencies in numerous cities across the country. With Paul's help these fledgling companies get makeovers, find new models and help him to make changes in the industry as a whole.

He noted, "We give them the ability to actually live out their dreams. Not just make dreams come true for their models, but actually live out the dreams that they had when they first decided to open up a modeling agency... My goal and my dream was to empower agencies in small markets, which are the agencies that are actually discovering the stars in the first place, to actually give them the tools, the ability, the contacts, the relationships to actually make people famous."

But the thing Paul is most passionate about is changing the ways models are viewed by themselves and others. He stated, "I got very discouraged by watching how young people, how their lives spiraled downwards when they became famous models, or even when they didn’t become famous models."

Instead Paul is trying to change the mold for these young girls. "We’re a community of modeling agencies. We have health experts, body conscious issues for women experts, we have parenting experts, we have skin experts, self-esteem experts, depression experts. And we’re trying in our way to try to create a very, very, very safe environment for young kids all over the world that want to enter into our business."

He remarked that the number one problem plaguing the industry today is the notion that girls must be "hangers." He acknowledged, "They have to be a size 0 to 1 to walk down that runway and to work for the editorial magazines. I believe that all parties, including myself, must understand and take social responsibility for the decisions that we’re making. I believe that the media, the images that our industry is putting out into the world, I think that we must understand that it’s affecting young people and the way they look in the mirror."

Paul continued, "The normal woman is 5’4”, 143 pounds. My kids, 5’11”, 111 pounds. It’s wrong. It’s completely wrong. Our industry does not reflect what’s happening in the world today, and it’s actually damaging to the way young people look in the mirror and the way they see themselves."

There is one term in the industry that especially aggravates Fisher, "What’s plus-sized modeling? What’s this word plus? Those are normal girls. Get rid of that stupid word. These are not plus sized model. They’re normal girls. I don’t care if she’s 150 pounds or 160 pounds. These are normal looking, beautiful people. Call my kids skinny bitches. Why don’t you call them that because that’s what they are. But these are normal, normal, beautiful kids, these plus-sized models and it’s got to stop... It’s hurting our society and it’s going to stop."

One way Paul hopes to accomplish his goal is to break the models of the habit of being self-centered and to shift their consciousness. He related, "When my kids get a product campaign... I don’t go, 'Oh, my god! This is unbelievable. This is incredible. You got Calvin, or you got this big huge campaign.' I say, 'Go feed the homeless this weekend. Go do something to help out your grandmother. Go do something where you quit thinking about yourself.'"

He added, "I hope and pray that I can become a great role model. That I can walk the walk, not just talk the talk, so these young people truly, truly give back to the world."

For related stories check out:
Elle Macpherson Says Fashion Star Is No Project Runway
Gordana Gehlhausen on Her Reason to Sign Up for Project Runway All Stars