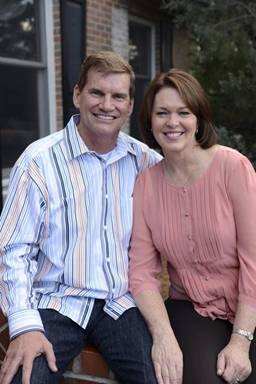 For those of you who thought ABC couldn’t take WifeSwap to a new level, have we got news for you. Tonight the network will debut a souped up version of the show called, what else, Celebrity Wife Swap. While the new rendition will feature everyone from Tina Yothers to Carnie Wilson, the premiere episode will focus on a trade between Gary Busey’s fiancé and Ted Haggard’s wife. Does reality TV get better than this? We think not.

In a recent exclusive interview, the once-scandalized evangelical pastor talked about swapping partners with the offbeat Oscar-nominee. Ted’s family was rocked by highly publicized sex scandal in 2006, so the family has been leery of television appearances ever since.

He revealed why, despite the fact they turn down 80% of media requests, he and his wife, Gayle, decided to get involved with Celebrity Wife Swap. “With so many people losing their homes and their families and their jobs and their hopes for the future… we felt as though this would profile our family and give people hope. So we did it in order to communicate hope because 80% of the families that have a handicapped child divorce, and we have a handicapped child. We’ve not divorced. Then five years ago we went through a crisis and our family actually drew together and got closer and stronger.”

He continued, “So we thought that we could communicate hope and optimism by doing this show because of course the purpose of it is to profile a family and contrast it with a different family. So that’s why we did it.”

Ted recounted that the most difficult part of doing the show was adjusting to Steffanie Sampson’s very different spiritual views. He described how his family and the New Age practitioner differed. “We believe in the bible and we read our bibles and we talk about bible things a lot. And so, of course, with Steffanie, she wasn’t aware of those ideas although she was very, very respectful and very insightful. She was very interesting.”

Despite their differences, Haggard credited Sampson with implementing some important new family policies. He recalled, “The first two days Steffanie does what Gayle would normally do around the house. And then the last two days, Steffanie gets to change the rules. And so Steffanie, in order to change the rules, she had a meeting with the kids and said, ‘What all would you like for me to make the new rules?’”

Ted was surprised by what his kids requested. He revealed, “My oldest daughter said, ‘I want Dad to take me out on a date once a week.’ My oldest son said, ‘I think we ought to do family activities at least once a month — all the whole family doing something together once a month.’ And so even though we are a close family, we hadn’t structured those types of things.”

She also put their opposing religious beliefs aside to help the Haggards heal. Ted discussed a critical change that Sampson made in the household. “She didn’t like the word sin being used a lot and, of course, there’s a whole group of attack people on the Internet that constantly want me to live reminded of my sin. And so Steffanie was saying, ‘Do not listen to those people. Do not let people define you by the darkest moment in your life. But instead, thrive.’”

Haggard added, “She established as her rule, a sin jar. And any time anybody says the word sin, we have to put a dollar in it and then the money has to be given away. Because her thought was, we’re just too focused on that and that we needed to focused on more positive things. And so things like that were wonderful.”

See all of Steffanie’s changes when Celebrity Wife Swap debuts on January 3 at 9 p.m. EST/8 p.m. Central on ABC.
Posted by Pop Culture Passionistas at 2:00 AM