The Passionistas Hit the Road with Oprah 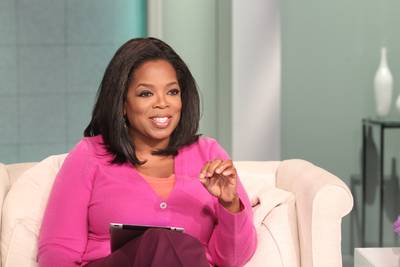 We could not be more excited. We have been invited to be part of the VIP Press Corps for Oprah's Lifeclass: The Tour.

The kind people at OWN are bringing us along on Oprah's tour starting in St. Louis on March 26 for the premiere of season two of the series. We will have access to rehearsals, tapings and the goings on behind the scenes at several amazing locations nationwide.

Season two of Oprah's Lifeclass will feature top notch guests and, of course, Oprah herself. She will take the stage with hand-picked experts sure to educate and inspire the in-studio audience and the TV viewers, as well as the participants logged on to the live digital classroom for the companion coursework. Oprah will be filming the season in three cities nationwide, so to find out how to get tickets in a city near you visit the Oprah's Lifeclass website.

Be sure to check back often for more details about the cities, the dates and the guests as they unfold and for live posts while we are on the road with Oprah!

For related stories check out:
The Ambush Cook Kristina Kuzmic Makes Her OWN Debut
Go Out and See Our America with Lisa Ling