Mario Lopez Talks About GSN's Dance of a Lifetime Contest 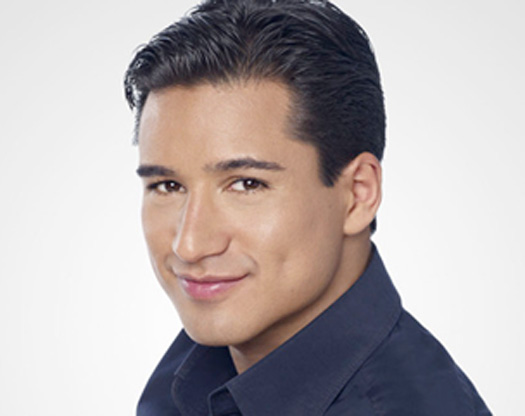 
It's a good time for Dancing with the Stars fans. Season 14 premiered last night and a few weeks ago GSN started re-airing season 12. And to top it off, GSN in holding a competition that many DWTS fans may want to hear about. The Dance of a Lifetime contest is a chance for one lucky winner to get a private dance lesson with a professional ballroom dancer and DWTS alum Mario Lopez. In addition, the prize package includes airfare for two to Los Angeles, California, three nights it a swanky LA hotel, meals at celeb hot-spots The Ivy and Mr. Chow and a full makeover including a new wardrobe provided by DWTS Emmy-winning costume designer Randall Christensen.

In a recent conference call interview Mario said he was "looking forward to meeting the person who wins." To enter submit a video on the GSN website by March 31 featuring your best dance moves. On April 1 public voting begins to choose the finalists. On Saturday, April 14 the winner will be announced on GSN’s Dancing with the Stars season 12 finale.

Mario explained what will give competitors a leg up. He said, "[The person] is just going to have to be clever and show how passionate they are about dancing and the show itself and what a fan they are of GSN. Be clever in their video and be authentic with their passion for dancing. And being able to move doesn’t hurt. They don’t have to be an expert by any means, but just to love to dance and make sure that loves comes across. That’s going to be key."

He offered these words of advice, "The most important thing is if you’re having fun out there, people are going to have fun with you, because it’s not worth it if it’s not fun. I try to always have fun just once I hit the dance floor. I think that’s what it’s all about. Dancing is a great form of exercise and also a great way to express yourself. It’s a great way to relive stress. So it’s all about having a good time."

The DWTS season two runner-up expressed that he loves being a part of the franchise's ever-growing family. He stated, "[I have] been a fan of GSN for a while and had a great experience on Dancing with the Stars. I love dancing and it’s my mom’s favorite show. So anytime I can keep dancing and keep doing stuff for her to keep her happy, I like to it. And I get to dance and promote a positive message at the same time, so why not? Win-win."

Mario also commented on what he finds to be the best part of the contest personally. "Getting to dance and getting to dance with this person who’s obviously been looking forward to it and having fun, getting choreographed. And just to create something and have it come together is always a good time."

For related stories check out:
Chaz Bono Talks About Dancing with the Stars