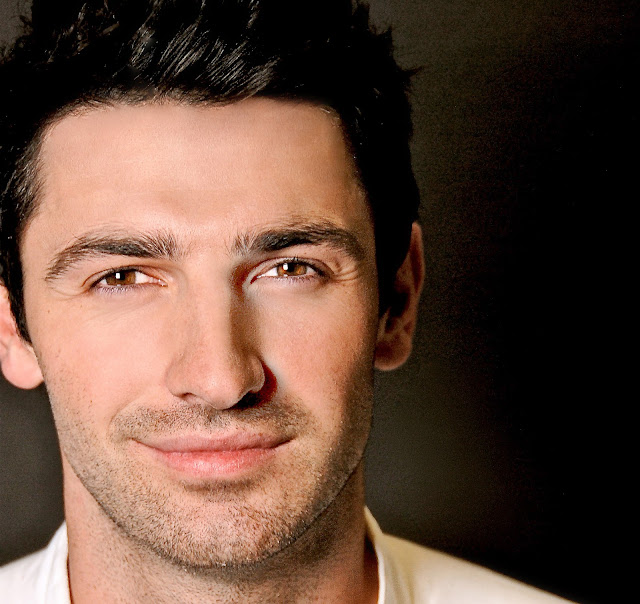 Julia Child started the TV chef revolution almost 50 years ago as "The French Chef.” The “Two Hot Tamales,” Mary Sue Milliken and Susan Feniger, made Mexican accessible in the ‘90s. And Giada De Laurentiis helped people cook “Everyday Italian” food starting in 2006. But there’s a new star on the culinary scene, Stuart O’Keefe. And he’s teaching people how to make hearty but healthy creations as an expert chef on the OWN series Home Made Simple.

Stuart explained how he developed a passion for food at a young age. “I learned all this from my mother. She owned a clothing store… back home and she would get up add at like six o’clock in the morning and start making us lunches for that day before she would go to work at 9 a.m.”

His mother instilled in him a taste for unprocessed ingredients. He recalled, “She always believed in putting fresh food on the table that day… She always liked fresh protein or fresh vegetables and in Ireland we have all of that available to us. We have some great livestock there and some of the best meat in the world comes from Ireland.”

Besides food, Stuart also had an interest in American culture. He watched U.S. television shows and was aware of celebrities across the pond. He dreamed of moving to Los Angeles. He revealed, “I always wanted to do TV, whether it was TV hosting or we parlayed it into me being a chef on TV. I feel very fortunate. I feel very lucky.”

After a stint as one of the stars of the Food Network reality series Private Chefs of Beverly Hills, he landed his own show in Ireland called, Stuart’s Kitchen. But now he’s returned to the U.S. TV as an expert chef on the OWN series Home Made Simple. There he shares his philosophy of hearty but healthy cooking.


Stuart described his culinary point of view, saying, “I like comfort food but I like it in a healthier way…. Everybody has a different definition of healthy. My definition of healthy is using the freshest ingredients possible… I like knowing what I’m putting in my body.”

And he assures fans that eating well doesn’t mean it has to break the bank. Stuart noted that home cooks can start by “getting a more inexpensive piece of meat and braising it over a few hours with carrots, celery, onions, stock and herbs and spices and so forth, there’s nothing bad in that.”

He added, “If I’m using extra virgin olive oil, everything’s good that’s in that pot and everybody’s like, ‘Oh my god, that’s so healthy. It’s so filling, but it’s all great stuff.’

On Home Made Simple Stuart is demonstrating fun and simple recipes for families. He described a recent episode, “I showed this woman, basically we cooked three things but it had multiple uses. So I cooked tomato soup and if we reduce it down more it becomes a tomato sauce. And then I show her how to make meatballs that can go with the sauce. You could have a meatball sub or you could mash up the meatballs and do a Bolognese with the tomato sauce. It’s just all these different things.”

Stuart’s suggestions will take the fuss out of making a week’s worth of meals at home. He remarked, “It’s basically like cooking one or two things on a Saturday or Sunday popping them in Ziploc bags, containers, plastic containers, whatever it is and freezing them for the week so you have them. So you have multiple uses for the food.”

Stuart was nice enough to share one of his delicious recipes with us and we’re passing it on to you. And you can get more of his great ideas every week when Home Made Simple airs on Saturday nights at 9 p.m. EST/8 p.m. Central on OWN.

Cream of Cod and Salmon Soup

For related stories check out:
The Ambush Cook Kristina Kuzmic Makes OWN Debut

Emeril Lagasse on His Place in Food TV History