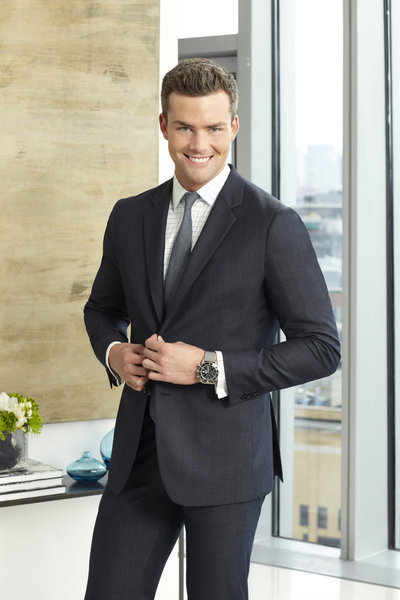 This season Bravo’s real estate reality show Million Dollar Listing is moving east for a New York edition. Along with young hot shots Fredrik Eklund and Michael Lorber, Ryan Serhant will be taking viewers for an inside look at some of Manhattan's most exclusive properties. In a recent conference call interview, we spoke with Ryan about his professional path and why he signed up for the series.

Ryan is fairly new to the real estate game in Manhattan because he took a pit stop on his meteoric rise to stardom. He recounted, “I was in the city and I was acting. I was on a soap opera, [As the World Turns], and then they killed me. And then I did hand modeling. I needed a job. And I was just floating around a little bit and a very good friend at the time, who I graduated college with whose name is Jason Paulino, he kept telling me for years that I should get into real estate, how good I would be at it and you have a great personality. ‘You can go around the city and make your own hours.’”

But Ryan wasn’t interested at first. He recalled, “I kept saying, ‘No man. No, no, no. I want to work out and do what I do but eventually I got into it at the end of ’08 and just thinking, ‘Maybe I’ll do this part time and try it out.’ And I did my first deal two weeks later and it changed my life.”

His foray into real estate came the week that the financial firm Lehman Brothers failed. While that made some people in the field skittish, Ryan seized the opportunity. He confessed, “I attribute the fact that I didn’t really need to be in real estate financially to the fact that I kept doing it. Because so many people got out of it quickly because they were like, ‘If people aren’t calling you from Asia and buying four apartments over the phone then I don’t want to do this.’ So I got into it just because I hit the ground running and just worked very, very hard.”

That includes coming up with innovative ways to attract new clients. Ryan explained how his philosophy differs from the average big city broker’s, “A lot of real estate agents go about things very simply. You get a listing. You put it on the market. If it sells, great. If it doesn’t sell, it’s probably due to the price. Lower the price. And if the seller won’t lower the price, you don’t think you’re going to sell it.”

He decided to take a different approach. “That seemed just too simple to me. You have to be very, very smart about it. And I looked at the city and I looked at the biggest players and I saw that branding was the most important thing. So every listing that I ever went and pitched, every buyer that I ever took around and every building that I ever did, what I concentrated the most on was the branding and the positioning in the market. So when someone was looking to buy with me it just wasn’t I wanted to find to right apartment but to find you the apartment with the best resale value. Even though the building might be terrible right now but I can predict that in three years from now you’re going to double your money here because of the way the area is now being branded. And it’s happened time and time again.”

He cited a recent example, “I took over 99 John Street downtown. Everyone was saying, ‘Oh that building, you’re never going to make any money in there. It’s going to totally drain you… It’s just an office building. That’s why no one buys apartments in there.’ We went in there and we flipped the building upside down.”

He did so by coming up with a unique concept. Ryan remarked, “We rebranded it John Deco. We created a whole storyline as to how this guy from the ‘20s lived in the building and he would have these lavish parties in there. We talked about the history that had never been talked about ever before and we started selling private apartments in a week. So we’ve used the idea of branding and the idea of market position to enhance business over all.”

That understanding of branding, helped Ryan make his own decision about whether or not to sign up for Million Dollar Listing New York. He admitted that he thought long and hard about joining the show. “You have to make a calculated decision because this also affects business. It’s a business move. I weighed the exposure — both good and bad. And I was nervous that maybe some people would look at it and then say, ‘Oh Ryan, he’s just that TV guy and he’s not a real broker. And that couldn’t be further from the truth. So I’m actually really excited to see the show because I really do think it shows us in our best light as brokers in the city. And I think it will be really, really good for business.”