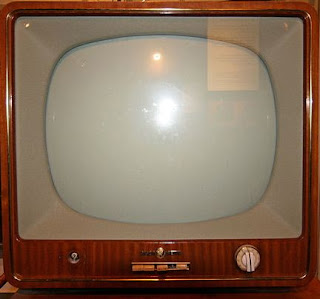 For years it seemed people looked down their noses at those of us who not only liked television, but loved it. Film goers seemed to convey the belief that movies were simply better and TV was playing to the common denominator. While we couldn’t always justify some of our viewing habits, we always stood by the firm conviction that there was just us much good to be found on the small screen as their was in a theater.

Now as more and more mega-stars make their move to series regulars, former movie snobs are finally willing to concede that they do, in fact, watch TV. It’s hard to argue that there’s nothing worth tuning in to when you’ve got Oscar-winning directors like Martin Scorsese steering Boardwalk Empire and Anjelica Houston starring on Smash. And while they’re participation doesn’t guarantee quality, it’s made it okay for people to justify that they are watching.

Perhaps the final proof that TV is being accepted by people that might consider themselves more sophisticated, is this month’s special television issue of Vanity Fair. While for years up-and-coming starlets and Academy Award hopefuls have graced the glossy pages, the magazine has never dedicated an entire publication to the small screen.

So we were happy to see them pay tribute to the hottest primetime stars, honor Lorne Michaels and reflect on Friends. Now if only people would stop being snobs about reality TV and just admit that they watch The Bachelor like everyone else, all would be right with the world.

Pick Up the Vanity Fair TV Edition is at newsstands now.
Posted by Pop Culture Passionistas at 2:00 AM