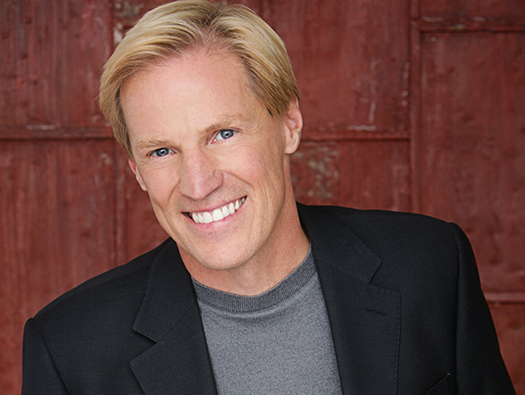 About 18 months ago we had the pleasure of speaking with John Jacobson, an author, composer, dance teacher and choreographer, whose YouTube video "Double Dream Hands" had just become an Internet sensation. At the time the video views had just topped one million, now they are closing in on six.

"Double Dream Hands' (actually titled "Planet Rock") is not John's only video. He uses fun song and dance videos as teaching tools to encourage and excite kids worldwide. His latest, "Whack Attack," is gaining traction on the web. In a recent exclusive interview he told us, “I’ve done hundreds of these songs. My students always love to do the 'Whack Attack' and so I thought it would be fun to do a song about it. It’s probably a little harder than 'Double Dream Hands,' but I see a lot of people doing it and laughing along and that makes me happy, too.”

Shortly after we spoke with John in December 2010, his fame skyrocketed. First Ellen DeGeneres invited him on her show. He also did a few Sprint commercials and made an appearance on America's Got Talent. Since then he has released an iPhone app, written a new book Double Dreams: Living a Life of Glee, Harmony, and Oh Yes… JAZZ HANDS! and made a companion DVD.

John appeared on Ellen as part of her 53rd birthday celebration and she called him “the most creative choreographer in the world." We asked him how it felt to hear that. He replied, “Ellen DeGeneres can call me anything she wants. I love her. I think she is being a little more than 'generous' with that comment. I’m just a guy who likes to dance and get others dancing, too. She and I share that love and spend our lives hopefully making people feel good about being who they are.”

And while his brush with fame has helped him in accomplishing his goals of educating kids about music and dance and helping curb the childhood obesity epidemic, it has not affected him much. As far as his day-to-day life, he joked, “I have to answer a lot of questions about what I think of Ellen." But seriously, he continued, "Truthfully, essentially not that much has changed. I’ve been singing and dancing for decades and teaching others to do so too. Guess what? I’m still doing that. Perhaps a few more people know about it now. Okay, like 6 million more! What’s not to smile about?”


From talking to John for more than 30 seconds, you get the sense he is just a nice, caring, happy-go-lucky guy. So we were not at all surprised by his answer to our question, "What are you most passionate about?" He responded, “I really like people. Not everybody does. I just get a kick out of them. And I want to live in a world where everybody gets a kick out of each other. Dancing together can help us get there.”

John did not have a hard time deciding which pop culture icon he would want to be for a day. “Did I tell you that Ellen called me the most ‘creative choreographer in the world?’ I’d like to be Ellen, or at least like Ellen. She gets to meet such interesting people and she is universally loved. I could get used to that.”