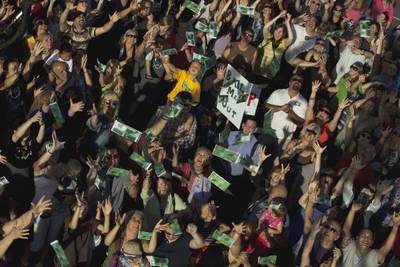 On the new series Million Dollar Neighborhood, financial advisor-turned-host Bruce Sellery and clinical psychologist Dr. Joti Samra move into the town of Aldergrove in Canada. Their mission sounds daunting — to help 100 families in the financially challenged town increase their collective net worth by $1 million in three months.

While viewers will undoubtedly pick up some major money tips when they watch the show, they’ll also get totally sucked in to the emotionally charged sagas of the participants. In a recent exclusive interview Sellery, the author of Moolala: Why Smart People Do Dumb Things with Their Money and What You Should Do About It, talked about the one story that touched him the most.

Sellery acknowledged that so many of the families in Aldgrove have big dreams, conflicts or simply been “dealt a really crappy deck of cards.” But one tale really struck a cord with him — that of Diane and Michelle Bloom.

He explained, “They are a mother and daughter pair and Michelle was in a very, very serious car accident in 2004 in which she almost did not survive. Her car was hit head on and the doctors said to Diane, ‘It is unlikely Michelle will survive and if she does survive she will suffer from debilitating brain injuries.’”

He recounted, “The first time I had time with them was at their farm and her mom, Diane, credits Michelle’s horse for getting her out of her wheelchair again. So it’s just this miraculous story of rehabilitation and family and love and pursuing your dreams, really against all odds.”

It’s also a great example of how the Million Dollar Neighborhood process can help people make a major transformation. Sellery acknowledged, “It is the perfect story for the show because they’re a family who has barely got two pennies to pinch together. And they said, ‘Well, we’ve got a basement, a lower level, that we could rent if someone would help us get it rentable.’”

And with that one simple idea, the neighborhood rallied and Diane and Michelle were helped on their journey. Sellery recalled, “First the community shows up and clears all the junk out of the basement. And they’re now renting that basement suite for $1,000 a month to a family that also provides free labor on the farm. So it’s just this beautiful story and it never would have happened if the Blooms hadn’t said, ‘This is what we need.’ And the community, of course, as it does, they show up and provide the support, the ideas and the accountability and now they’ve got $1,000 that they didn’t have every month.”

To see all of the inspiring stories from Aldergrove, watch Million Dollar Neighborhood on Saturday nights at 9 p.m. EST/8 p.m. Central on OWN.

Posted by Pop Culture Passionistas at 10:31 AM