Some Observations About the London Olympics 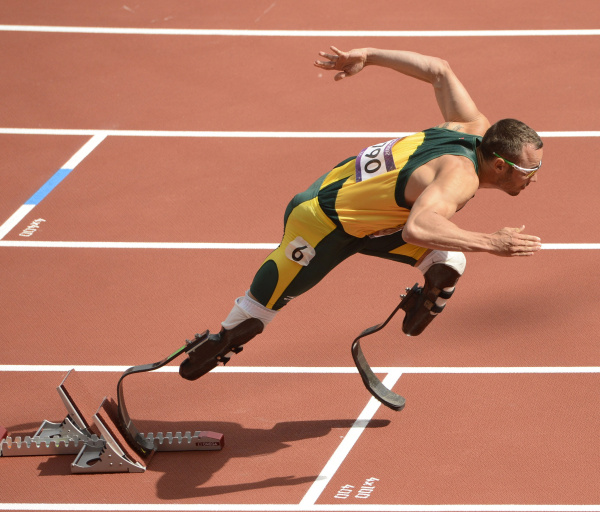 Let’s face it, watching the Olympics isn’t the same as it used to be when we were kids. Apparently lots of news organizations aren’t familiar with the term “spoiler alert” and breaking news wins out over our childlike desire to see the Women’s All Around gymnastics final without knowing the outcome. But still, we’ve been filled with the thrill of victory and the agony of defeat several times throughout the 2012 London games and learned a few things along the way.

1. The Opening Ceremony – We’re still a little bummed about Danny Boyle’s big event. It was a touch depressing — what with the rolling, green hills giving way to smudge faced urchins and pollution inducing smoke stacks, which would have been a good time to lighten the mood with a few Mary Poppins chimney sweeps. And watching giant villains from great British novels hovering over the stadium, didn’t seem appropriate considering all the little kids who’d be going off to bed shortly there after. It also marked the second major missed opportunity — where were all the Hogwart’s students flying around on Nimbus 2000, thwarting the evil 40-feet tall Voldemort. Finally we appreciate that the U.K. healthcare system is far superior to the one we have here, but it hardly makes for a good dance number.

3. Trampoline — Is there a more underrated Olympic event? The best of the bunch can soar 30 feet in the air but must stay within a box three feet by six feet wide. And at the end of it all, they stick a landing on a trampoline. If you haven’t watched it before, you should check it out.

4. Michael Phelps — It’s impossible to not be awed by Michael Phelps. But what overwhelmed us the most in watching him become the most decorated Olympian ever is the concept that no one will be able to break that record in our lifetime. With 21 medals under his belt, it will be a long, long time before he has to hand over his newly realized title.

5. We Miss the Underdogs — True, there have been a few international underdogs in the spotlight. Take for example Tahmina Kohistan, the first female Olympian from Afghanistan. But when we were kids, and couldn’t fast forward to the few events we really wanted to see. We got a lot more of the global heartwarming stories that are lacking these days.

6. The Red Hot Chili Pipers — Had it not been for NBC’s clever video packages, we would not have learned about the Red Hot Chili Pipers. The megastars of Scottish Bag ROCK music, the Pipers say they’ve never been accidentally booked by a club wanting to hire the Peppers, but a few unsuspecting fans have shown up to their gigs expecting to see the “Under the Bridge” legends.

8. The Blade Runner — The real hero of the 2012 London Olympics is Oscar Pistorius. Although the 25-year-old South African runner failed to qualify for the 400-meter sprint, he had already been victorious. A double amputee at just 11 months old, Oscar actually had to prove to officials back in 2008 that his prosthetic limbs did not give him an advantage against able-bodied athletes. After a grueling series of tests "The Blade Runner,” as he is known, came out on top — championing a cause for disabled competitors everywhere. Something tells us we'll see him in four years.