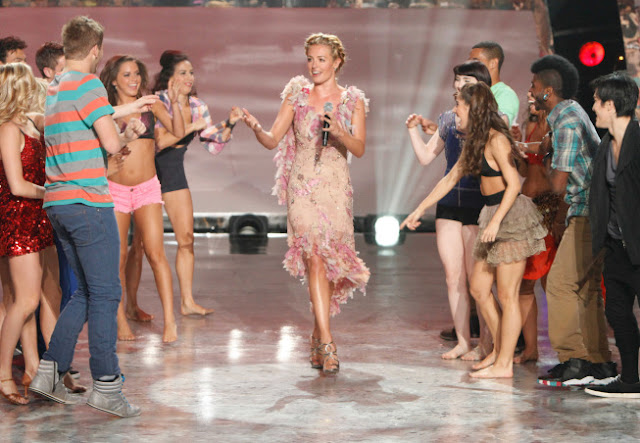 It's that time of year again. We're gearing up for our big day at the Emmys. Why not join us by bidding on front row red carpet bleacher seats for the 2012 Primetime Emmys in this year's Television Academy Foundation auction? The fundraiser ends on August 30, 2012, so don't miss out on all the amazing items. Here are just a few of the TV experiences and memorabilia you can bid on:

• Tickets for two to So You Think You Can Dance and a meet and greet with Cat Deeley — Current bid: $500

• VIP tickets to The Colbert Report plus memorabilia — Current bid: $500

Proceeds from the auction will benefit the Academy of Television Arts & Sciences Foundation.

Visit the Emmy Foundation's eBay page for all the great items up for bid. And good luck!
Posted by Pop Culture Passionistas at 4:20 PM