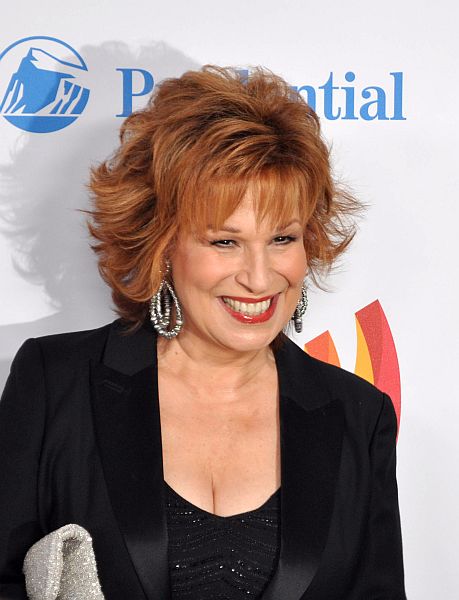 Joy Behar kicked off her new Current TV show Say Anything! with an in depth interview with her new boss, Al Gore. The new show is certain to focus a lot on heavy duty political topics, like voter suppression, given the nature of her personal liberal leanings and that of the cable station itself. But Joy will also be covering a lot of pop culture topics, too. Fully primed to cover a wide variety of subjects after 15 years on The View, here are just a few items that she touched upon in a recent conference call interview:

40 Shades Of Grey
“I thought it was kind of a boring book to tell you the truth, and I was too tied up mostly to read it… After the first 40 shades, it starts to really get tedious.”

The Naked Prince Harry Photos
“Oh, Rupert Murdoch said, ‘Cut him a deal.’ Yes, well, Rupert Murdoch, of course, given this position that he’s in right now, any kind of distraction, I guess, would be good. And any time you can find a male member of the Royal Family that looks good naked you should run with it.”

Controversial Subjects
“I can promise you the word Casey Anthony will not come up… and that’s how it will be different. And also we won’t be asking how much propofol was in Michael Jackson. Those are the questions we will not be asking. Yes, political and social also. I have a lot of interests. I’m not just interested in one subject. So we’re going to have a lot of topics.”

A Serious Spin on an Old Joke
“We have a segment called the Holy Rollers, where we’re going to have a priest, a rabbi and an imam on, where they can discuss ethical issues of the day. It’s an interesting conversation you don’t see very much.

On The Real Housewives
“I was talking about Gore Vidal’s comment that whenever a friend succeeds, a little of something in me dies. And I just did an analogy to every time one of those TV housewives writes a book or gets another show, a little something in me dies… It was basically a joke. I truly don’t even watch those shows, and I’ve had those women on my HLN show. And they’re quite amusing, but it was kind of a joke. I don’t really care about it that much.”

On Donald Trump
“Donald Trump and I have had a rather rocky relationship, but I think that right now we’re okay with each other. And so I will leave well enough alone. He always goes for the personal. I told him that that he should stop doing the personal. But it doesn’t stop him.”

CELEBRITY SIBLINGS: On the Red Carpet with the Livingston Brothers