Meredith Vieira Still Wants to Make You a Millionaire 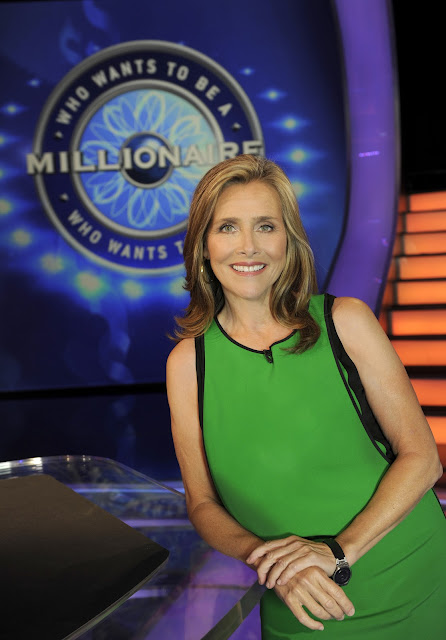 It’s hard to believe that it’s been ten years since Meredith Vieira took the reins from Regis Philbin to host a syndicated version of Who Wants to Be a Millionaire. But with her usual effortless charm, she took what could have been a daunting undertaking and turned it into a hit. Millionaire just started its eleventh season and in a recent exclusive interview, Meredith talked about her ongoing love of the game.

Vieira explained why she thinks Millionaire remains so popular with fans, “It’s because it’s a really great game. I started watching it during its prime time period with Regis with my whole family. And one of the reasons that we glommed on to it was because it was real family entertainment at a time when there isn’t a lot of that.”

One of entertainment’s most famous wife and mother’s, Vieira continued, “Everybody in my family, from my youngest, my daughter, all the way up to my husband, we just had a great time watching it. And I continue to believe that it is, just at its core, a wonderful show to watch.”

Plus people shouldn’t overlook the inherent educational and entertainment value of  Millionaire. “You learn, obviously, by watching it, but you also get to have a laugh. That’s part of our goal. So that’s had a lot to do with its success over the years.”

Vieira noted that the Millionaire production team has taken great lengths on infuse the show with a funny tone. She revealed, “Our head writer this year used to work at Saturday Night Live for ‘Weekend Update.’ So that person is bringing that kind of sensibility to the show, which is the direction that we are trying to head in. As much as possible, we want to have a laugh, at the same time that we play a very serious game for the contestant who is up there.”

And there have been a number of revisions to Millionaire’s format, which has helped keep the show fresh. As Vieira remarked, “We’ve also not been afraid to change it up a bit. A couple of years ago we decided that the hot seat, the show’s feeling a little staid, and we wanted to provide a little more edge so to speak. So we got the contestants on their feet. And actually, they have liked it because they have a lot of nervous energy and now they can release it — whether it’s pacing or running or doing a cartwheel or whatever they do, running up to a family member in the audience. That’s been a nice change for them. And our audience at home watching also likes that change.”

The Millionaire team has also mixed up the way the levels of complexity play out for a twist. As Vieira described, “We randomized the questions and the dollar amounts so you no longer have that predictability in the beginning of the show that we used to have. Where, ‘Oh, yeah, the first question’s going to be real easy one for them to play.’ Now the first question could potentially be the hardest in the stack. So that’s made the game more interesting for viewers for sure.”

Check local listings to catch all the action, weekdays on Who Wants to Be a Millionaire.